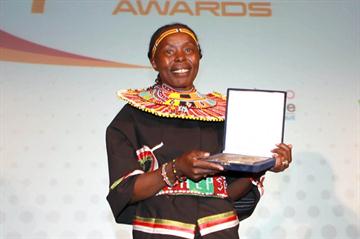 IAAF Ambassador and Kenya’s former marathon world record-holder Tegla Loroupe will be the Chef de Mission of the Refugee Olympic Team that will participate at the Rio 2016 Olympic Games, the International Olympic Committee (IOC) announced on Friday (3).

Among the 10 sportsmen and women who were named by the Executive Board of the IOC as comprising the Refugee Olympic Team, there were six athletes.

"These refugees have no home, no team, no flag, no national anthem. We will offer them a home in the Olympic Village together with all the athletes of the word. The Olympic anthem will be played in their honour and the Olympic flag will lead them into the Olympic Stadium," said IOC President Thomas Bach.

"This will be a symbol of hope for all the refugees in our world, and will make the world better aware of the magnitude of this crisis. It is also a signal to the international community that refugees are our fellow human beings and are an enrichment to society. These refugee athletes will show the world that despite the unimaginable tragedies that they have faced, anyone can contribute to society through their talent, skills and strength of the human spirit.," he added.

The Executive Board of the International Olympic Committee (IOC) will also propose eight new IOC Members for election at the 129th IOC Session ahead of the Olympic Games Rio 2016 this summer and among the names is Finland’s Sari Essayah.

Essayah was the 1993 10km race walk world champion, and won the European title over the same distance the following year. She was also a member of the IAAF Race Walking Committee from 1989-2015.