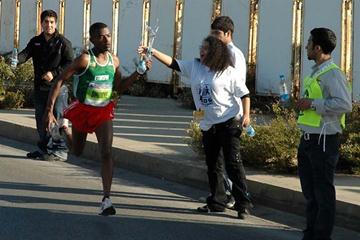 The IAAF is saddened by the news that Ethiopian marathon runner Alemayehu Shumye died in a car crash on Friday (11). He was 24.

His marathon career began in 2008 with much promise and in his first three races at the distance he won in Vercelli, Warsaw and Beirut.

His lifetime best, 2:08:46, was set at the 2009 Frankfurt Marathon where he finished fifth. His most recent Marathon victory came at last year’s Gold Coast Marathon.

Shumye competed just six days before the car crash, finishing 10th in Xiamen with a time of 2:12:57.