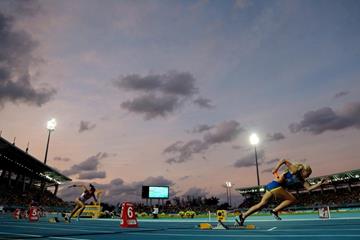 Today marks 100 days to go until the gun sounds the start of the third edition of the IAAF World Relays, which once again will be held in Nassau, The Bahamas, on 22-23 April.

The Bahamian capital's Thomas A Robinson National Stadium has thus far been the only venue to host the latest addition to the IAAF’s global competition programme, which from its inaugural edition in 2014 has been lauded as an exciting innovation on the international athletics calendar with a fan-friendly focus on team competition.

The USA has been the dominant power in the first two editions, winning the inaugural Golden Baton, awarded to the team that accrues the most points, with 60. The following year USA underlined their dominance, taking seven victories and tallying 63 points.

The IAAF World Relays has quickly earned a reputation for not only sensational competition, but for record-breaking performances.

The IAAF website has a dedicated section covering the IAAF World Relays.