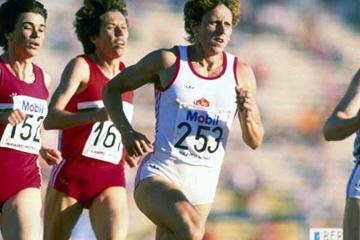 20 years approaches for the oldest record on the books

On 26 July 1983 in Munich’s dramatic Olympic stadium, Czech 400m – 800m runner Jarmila Kratochvilova established the women’s World 800m record of 1:53.28, currently the longest standing mark for Olympic standard events. Historically, it is of course by no means the longest ever that a world record has stood but in middle distance terms it is still of Beamonesque proportions.

Kratochvilova who is now a highly respected coach having trained talents such as Hana Benesova, the 1997 European U23 champion at 200m, and Ludmila Formanova, the 1999 World 800m champion (indoors and outdoors), commented this week - “I never thought the record would last so long. But the time is now coming, that the record should be broken. On the other hand, we did not have so many races during a season, that is why maybe the runners of today do not have enough energy to attack records.”

“I learned a lot during my long career. But from the beginning I told myself I would be coaching young boys and girls up to 14 years, and the main focus of my training group remains on the young kids. Today in my group there are about 17 members, and of these around 11-12 are young kids. Coaching is my life.”

“I’m running everyday with my group doing the warm-up etc. Also at training camps I am active in skiing,” confirmed the 1983 World 400m and 800m champion.