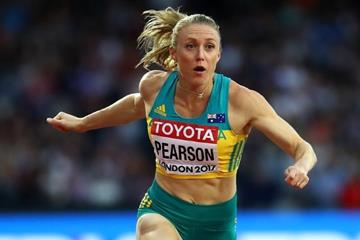 Our end-of-year review series continues as statisticians A Lennart Julin and Mirko Jalava look back on the best hurdles performances of the year.

It was 36 years ago that Renaldo Nehemiah became the first man to run the 110m hurdles within 13 seconds, but such performances are still rare.

The number of sprint hurdlers in the sub-13-second club now stands at 20, which, on average, equates to little more than one new member every other year. The latest additions were Omar McLeod and Orlando Ortega in 2015, and in the past two years only McLeod has succeeded in surpassing the barrier.

The Jamaican Olympic champion’s three years at sub-13 ranks him – despite still being only 23 – fourth all time behind Allen Johnson with eight such seasons and Liu Xiang and David Oliver with four each. Legends like Kingdom, Jackson and Robles only had two sub-13 years each and current world record-holder Aries Meritt has so far managed it only during that magical summer of 2012 when he amassed 10 sub-13-second races, topped by his 12.80 world record.

The 2017 season was Merritt’s best year since 2012 with six meetings at sub-13.20, a depth of performances only matched or surpassed by the gold and silver medallists in London, McLeod and the 2015 champion Sergey Shubenkov. The final was ruled by the establishment as McLeod was the only one younger than 26.

That statistic alone could also be interpreted to mean that it takes time to hone your skills at the high hurdles. Typically Balázs Baji, at 28, reached his first global outdoor final in six tries – and then even got a surprise bronze. So 25-year olds like Ronald Levy and Andrew Pozzi – who finished first and second at the IAAF Diamond League meeting in Paris but who both missed the final at the World Championships – could still have their best to come.

This event has recently been searching for a consistent sub-48-second runner. In the preceding three years combined there was a grand total of two meetings – the 2015 World Championships and 2016 Olympics – producing times beginning in 47.

The only sub-48 this year came in May, courtesy of Kyron McMaster who – by improving from 49.56 to 47.80 – went from world U20 bronze medallist to overall world leader in the space of a year.

McMaster was disqualified in his heat for a lane violation at the World Championships but later proved his true mettle by winning the IAAF Diamond League final. That triumph was especially significant as he inflicted the only loss of the summer on world champion Karsten Warholm.

The Norwegian – just one year older than McMaster – had impressed all season with his energetic competiveness. Not the smoothest technician, Warholm always went out at full blast, forcing his opponents to – with that one exception in Zurich – unsuccessfully play catch-up.

In London the other two medals went to athletes about 10 years his senior: Olympic bronze medallist Yasmani Copello and Olympic champion Kerron Clement. Clement, who finished fourth at the World Championships 12 years ago, is remarkably still the top US athlete in this event.

Qatar’s Abderrahmane Samba could be someone for Warholm and McMaster to look out for in the future. A newcomer to the event – but also lacking previous big-time exposure – he demonstrated truly exciting potential when winning the IAAF Diamond League meeting in Doha by almost a second from Clement. Unfortunately Samba then missed most of the season due to injury but managed to return in time to reach the final in London.

One year after her rollercoaster 2016 season in which she broke the long-standing world record but missed out on making the US Olympic team, Keni Harrison had another year of ups and downs.

Indoors Harrison was the world leader with 7.74 in the heats of the US Indoor Championships in Albuquerque and her outdoor season was perfect before the World Championships, achieving seven wins in seven finals and a clocking world-leading 12.28 in Szekesfehervar in July, 0.2 faster than Sally Pearson.

Pearson enjoyed a great comeback season after many injury problems. The 31-year-old ran her season’s best of 12.48 to finish second to Harrison at the IAAF Diamond League meeting in London, her fastest time since winning Olympic gold in the same stadium five years prior.

Harrison easily won her heat at the World Championships, but in the semifinals she clattered the first barrier and only scraped through to the final by 0.01 as a non-automatic qualifier. Unable to reproduce her form from earlier in the year, she finished fourth in the final in 12.74.

Pearson, however, was much closer to her 2011/2012 form, leading early and winning in 12.59, her second world title after winning in Daegu in 2011. Pearson was also crowned the IAAF Diamond League champion in this event.

US women totally dominated this event in 2017.

The five fastest times and athletes of the year were from a ground-breaking race at the US Championships in Sacramento in June. In addition, the seventh-fastest performer of the year, Sydney McLaughlin, set a world U20 record of 53.82 in that race.

While the rest of the season was not exactly a reflection of this one race, US athletes still featured in the top placings in European competitions too, including the IAAF World Championships in London.

Olympic champion Dalilah Muhammad was the fastest athlete of the year, winning the US title in a world-leading PB of 52.64, moving her to sixth on the world all-time list. She ended her season by winning the IAAF Diamond League.

Shamier Little was second fastest in Sacramento in a massive 52.75 personal best, but her form dipped afterwards and she didn’t make the World Championships final.

Carter did not finish her semifinal at the 2015 IAAF World Championships in Beijing, her first major championships, but she was ready in London this year. The 25-year-old eased into the final where she destroyed the field to win gold in 53.07, the second-fastest result of her career. Muhammad earned her second World Championships silver in 53.50 and Jamaica’s Ristananna Tracey grabbed a surprise bronze in 53.74, a huge PB by 0.41.