As this extraordinary year draws to a close, we look back at the key moments of 2020 in each area of the sport. The series continues today with a review of the throwing disciplines.

Despite turning 30 this summer, Auriol Dongmo was the revelation of the outdoor season. She came into 2020 with one single put beyond 18 metres in her career and left it as joint world leader – with world champion Gong Lijiao – at 19.53m.

Dongmo, who this year transferred from Cameroon to Portugal, won two World Athletics Continental Tour meetings and remained undefeated during the outdoor season. Statistically she backed up that massive PB with three more meets at 18.85m or better.

Gong produced the top mark of the year (19.70m) indoors in February in what was to be the lead up to the World Indoor Championships, originally planned for mid-March on her home soil in Nanjing. But the World Indoors had to be cancelled and with the Olympics postponed one year, Gong had just one outdoor competition this year, in which she equalled the world lead (19.53m).

With almost no international competitions available, many other of the top shot putters – just like Gong – only had a couple of local appearances or even skipped the outdoor season altogether. The number of athletes throwing beyond 18 metres was almost halved from last year; especially noticeable was the drop in the US presence, from 12 at 18m+ in 2019 to just three in 2020.

Following the narrowest of losses at the World Athletics Championships Doha 2019, USA’s Ryan Crouser was easily the top shot putter in 2020.

The 28-year-old was unbeaten in all of his 11 competitions during the season and the only athlete to throw beyond 22 metres in 2020. Crouser did it in style, too, beating the 22-metre line in all but one of those competitions.

In July he threw a world-leading PB of 22.91m, moving to equal third on the world all-time list. Only two athletes – world record-holder Randy Barnes (23.12m) and Ulf Timmermann (23.06m) – have reached 23 metres, but Crouser is closing in on that barrier.

Another shot put exhibition from @RCrouserThrows.

Barnes also holds the world indoor record at 22.66m from 1989, but Crouser also came really close to this mark when winning the US indoor title with 22.60m, moving to second on the world indoor all-time list.

While Crouser hasn’t yet set a world record, he has already established himself as one of the greatest throwers ever. 105 throws beyond 22 metres is almost triple the number of 22-metre throws by Ulf Timmermann, the second-most prolific 22m thrower.

In 2020 Crouser had 54 measured throws with an average of 22.20m. This is the first time in shot put history when a thrower’s average has been beyond 22 metres.

Crouser aside, 2020 marked a breakthrough season for Italy’s Leonardo Fabbri, who threw a PB of 21.99m in Padua in August. World indoor champion Tom Walsh didn’t compete outside New Zealand, but still managed to register a season’s best of 21.70m. World champion Joe Kovacs competed just a handful of times, ending the year with a best of 21.30m in Zagreb.

Despite the obvious disruptions to the season, 17 men managed to throw beyond 21 metres during the outdoor season, which is slightly down on the number from last year (26) but equal with the figure from 2018.

In the modern era, marks beyond 70 metres have been few and far between.

From 2000 onwards it took until 2014 for the first 70-metre performance. Since then, there had been just 12 such marks – 11 by Sandra Perkovic and one by Denia Caballero.

But on 1 August this year they were joined in the ’70-metre club’ by USA’s Valarie Allman, who hit 70.15m on her opening attempt at a special throws meet in Rathdrum, Idaho. For Allman – who finished seventh at last year’s World Championships in Doha – it was a huge improvement as her previous PB of 67.15m had been her only previous throw beyond 66 metres. Allman opened and closed her season with that competition, so confirmation of her newfound capacity will have to wait until 2021.

No one else in the world threw beyond 66 metres this year, but double Olympic champion Sandra Perkovic made a couple of notable appearances on home soil, throwing 65.93m in Split in March and 64.67m to win at the Continental Tour Gold meeting in Zagreb in September.

World champion Yaime Perez and fellow Cuban Denia Caballero enjoyed a few duels at the start of the year. Perez won all but one of their clashes, ending with a season’s best of 64.76m.

Results wise, throwing disciplines seemed to lose very little at the top during the otherwise thin season. The men’s discus was no different with several athletes consistently hitting good marks.

Daniel Ståhl was the clear No.1 discus thrower in the world during 2020.

The 28-year-old Swede competed 20 times in 2020 and recorded 18 victories. Between June and September, Ståhl won 15 competitions in a row, hitting 70 metres twice and 69 metres five times.

Not counting a competition in June when Ståhl failed to register a valid throw, 2017 world champion Andrius Gudzius was the only athlete to beat the giant Swede, doing so at the Continental Tour meeting in Berlin (66.72m to 65.89m). Gudzius enjoyed a strong season, throwing beyond 68 metres on four occasions.

Several other athletes were near or beyond the 70-metre line during the season, but a few of them only achieved it once and it remains to be the seen if they really can back up these one-time big throws in the future.

Colombian Mauricio Ortega threw a South American record of 70.29m in Vila Nova de Cerveira, Portugal, in June, but did not get close to that result in other meetings. Same goes for Juan José Caicedo, who set an Ecuadorian record of 69.60m at that same competition. Iceland’s Gudni Valur Gudnason is another example; he set a national record of 69.35m in September.

World record-holder Anita Wlodarczyk took the year off, as did wold champion DeAnna Price once it became clear that the Tokyo Olympics would be postponed until 2021. The other world medallists, Joanna Fiodorow and Wang Zheng, meanwhile, had low-key seasons.

Instead it was World Championships sixth-place finisher Alexandra Tavernier who had the strongest season with six meets, six wins and all competitions beyond 72.50m. She twice broke her own French record, throwing 74.94m in July and 75.23m in September.

Tavernier just missed registering the world-leading mark as that honour went to Hanna Malyshchyk who threw 22 centimetres farther – 75.45m – in February. But Tavernier got the better of the Belarusian in their only clash of 2020, winning in Szekesfehervar with 73.09m to Malyshchyk’s 70.59m. 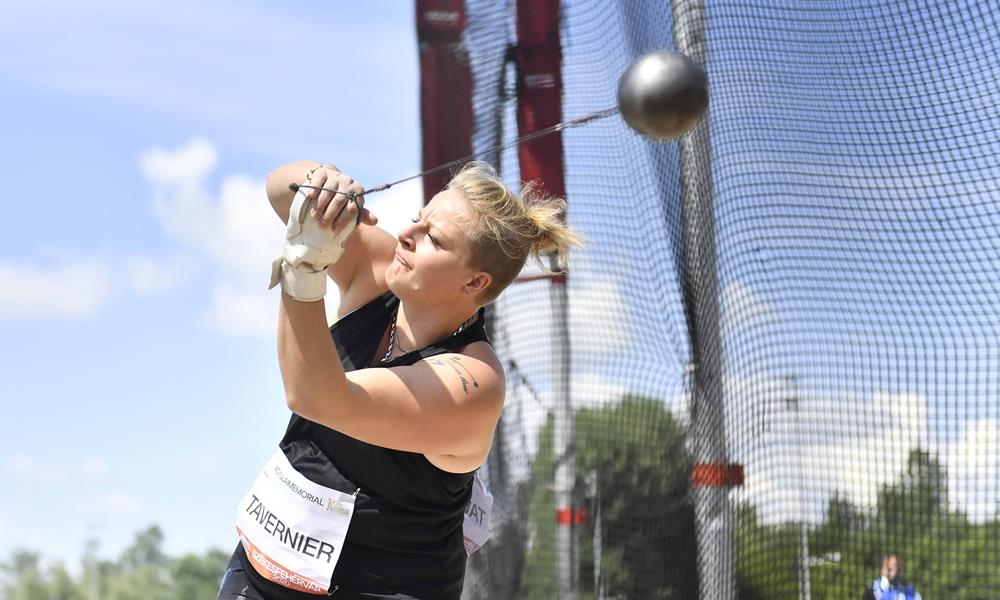 Tavernier this year also lost her No.3 position on the world U20 all-time list to Finland’s Silja Kosonen, who, at the age of 17, threw 71.34m in July. The world U20 record has stood to China’s Zhang Wenxiu at 73.24m since 2005 but Kosonen has one more year as an U20 so could move further up the all-time list.

There may not have been any truly huge marks in the men’s hammer this year, but two athletes managed to surpass 80 metres, one of them doing so for the first time in their career.

USA’s Rudy Winkler ended the season as the surprise world leader. The 26-year-old, whose previous best of 77.06m was set in the qualifying round at last year’s World Championships, threw 80.70m in July. Winkler competed two more times, but while his throws landed beyond 80 metres (80.72m and 80.07m), both results were achieved in a downhill facility in Middletown, New York.

Three-time world bronze medallist Wojciech Nowicki was the most consistent thrower this summer. The 31-year-old won his first four meets and then placed second behind fellow Pole Pawel Fajdek in the last two. Nowicki had two competitions beyond 80 metres in August within the space of three days, throwing 80.09m in Chorzów and then an 80.28m season’s best to win the Polish title.

Fajdek, winner of the past four world titles, closed the season well with three wins and a 79.81m season’s best.

World bronze medallist Bence Halász of Hungary competed mainly in small competitions at home. He won the Hungarian title with a 79.88m personal best in August, and placed second in Szekesfehervar and Chórzow.

There was another newcomer to the hammer scene in the form of Aaron Kangas. The Finn won all of his 11 meets during the season, all of them in his home country, topped by a personal best of 79.05m in Espoo in August.

In contrast to the other throwing events, nine of the top 10 women from 2019 competed at a high level also this year.

Only world champion Kelsey-Lee Barber was missing in action, opting instead to focus exclusively on training for 2021. The other two World Championships medallists from 2019 – China’s Liu Shiyin and Lyu Huihui – topped the world list with distances beyond 67 metres.

Unfortunately there were few opportunities for the top throwers from different countries to go head-to-head. The main encounter took place at the Continental Tour Gold meeting in Ostrava where 39-year old world record-holder Barbora Spotakova threw 65.19m to once again triumph over the younger generation, represented on this occasion by Maria Andrzejczyk, Nikola Ogrodnikova, Lina Muze and Sara Kolak.

This year also marked a big breakthrough for Greece’s Elina Tzengko who, at the age of 17, threw 63.96m at a meeting in Ioannina. It was 10 centimetres farther than the world U20 record, but her mark could not be ratified. Nevertheless, Tzengko backed up that performance with marks beyond 61 metres in her other competitions this year.

Tzengko also proved herself as a competitor; she threw 62.21m in Kladno in September, losing only to Spotakova and Ogrodnikova and defeating Andrzejczyk and double Olympic finalist Madara Palameika.

Only one of the top names really excelled in the javelin this season.

Germany’s Johannes Vetter was the only man beyond 90 metres in 2020. And the 2017 world champion did just creep over the 90-metre line; he absolutely crushed it.

The 27-year-old had an almost perfect season with a total of five throws at 90.00m or farther. His only disappointment was his season opener in July when he failed to register a valid throw, but he followed that with nine straight wins.

He first surpassed the 90-metre line in Turku in June with his opener landing at 91.49m, his best throw in two years and three months. His next 90-metre meeting was in Chorzów two weeks later when he won with 90.86m and had another throw landing at exactly 90.00m.

Vetter returned to Chorzów in September and hit a crazy 97.76m national record in round three, the second-best throw in history and less than a metre from Jan Zelezny’s 24-year-old world record of 98.48m. Another monster in the next round, 94.84m, underlined that the Czech’s record is finally in jeopardy.

Many top names were totally absent and for others their season was really short. India’s world U20 record-holder and 2016 world U20 champion Neeraj Chopra competed only once, throwing 87.86m in South Africa in January.Towards the end of the year, meanwhile, South Africa’s Rocco van Rooyen smashed his PB with 87.62m in November to end the year at third place on the world list. 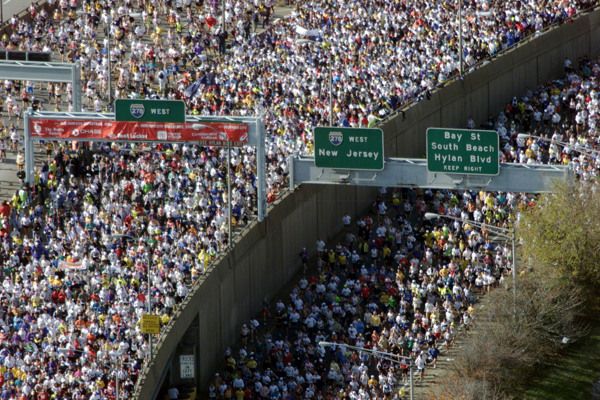