The Kenyan will start his 2013 campaign in Doha and is no stranger to Qatar’s athletics fans. This will be his sixth visit there, each time to run the 800m.

“It’s always nice to return in Doha. I have great memories from the Qatar Sports Club track, where I have won three times so far. The spectators are always enthusiastic and push the athletes to their limits,” said Rudisha, who also struck gold at the 2011 IAAF World Championships.

“David Rudisha’s addition to the 2013 roster justifies our ambition to perpetually improve the Doha athletics meeting level and to showcase the on-site spectators and to the millions fans who will watch through their TV screens, a meeting to remember,” said the IAAF Vice President and QAAF Chairman Dahlan Jumaan Al Hamad at an official press conference held today in Doha, at Association’s brand new headquarters in Al Bidda tower.

“Many more Olympic and World Champions will soon sign up and boost the image of Doha 2013, the first Samsung Diamond League of a long awaited season,” he added.

Nobody, in the modern era of Athletics, was expecting from a middle/long distant runner to break the world record at a major championship, particularly without the assistance of the pacemakers.

David Rudisha defied the odds and not only easily won the Olympic 800m final in London, but he also lowered his own world record by 0.10 seconds to 1:40.91.

For his London heroics, the 2010 World Athlete of the Year was honoured by the IAAF with the Male 2012 Performance of the Year at the IAAF Centenary celebrations in Barcelona last November.

“I do not run many races over the season and so it is important that every race is a quality race. I have beaten Kipketer’s former world record (1:41.11) three times now and one day I hope to break the 1:40 barrier. It’s not impossible but it is a very difficult task to accomplish” added Rudisha, who has run two laps of the track in under 1:42 on seven occasions, a unique feat in the history of the event.

“I have to stay focused and keep on training hard, because the level of the 800m competition is continuously rising. Many new athletes from my country, Kenya and other African nations have emerged and are rapidly lowering their records.

“I am sure the organisers will set up a competitive race. It is the first race of the season but that I am confident that I can produce a strong performance” promised the Kenyan. 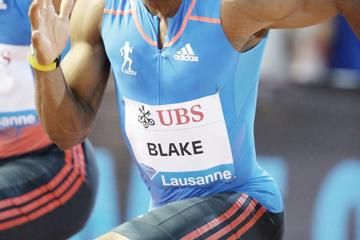