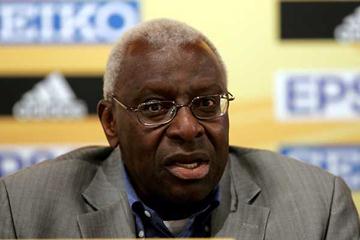 “Taking into account the forthcoming IAAF elections in 2007 and noting with satisfaction the excellent work accomplished by IAAF President Lamine Diack, urges Mr Lamine Diack to stand for re-election of another term in order to continue serving the development of athletics around the world.

“The AAC Council calls upon the other Continental Associations and IAAF National Member Federations to support the re-election of Lamine Diack as IAAF President in 2007.”

For more details about the African Athletics Confederation please go to: http://www.webcaa.org

The results of the 15th African Athletics Championships, which start today, are available live at the following address: http://maaa.intnet.mu/cocam2006