The 34-year-old had battled injuries in recent years, trying to regain the kind of form that brought him his two Olympic gold medals as well as the 2009 world title and the 2006 and 2010 European titles.

When he struck gold at the 2004 Olympics at the age of 22, it took most of the athletics world by surprise. But in the years that followed, he confirmed his status as one of the world’s best throwers and made it on to the podium at eight consecutive major championships.

He threw beyond 90 metres on eight occasions during his career, including at the 2008 Olympics when he broke the Olympic record with 90.57m. But outside of the major championships, one of the highlights of his career came on home soil at the 2006 Bislett Games in Oslo when he broke his own national record with 91.59m.

His sixth-place finish at the IAAF World Championships Moscow 2013 was his last major championships appearance. Injuries restricted him to just a handful of competitions in 2014, while he was forced to miss the whole of the 2015 season.

“I have decided to end my career as a professional javelin thrower,” he posted on his Instagram account. “It’s been a fun ride. Thanks for all the support these years. Thanks to everyone who has helped me along the way.” 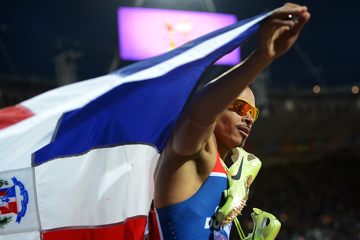