Ahead of the 2013 World Athletics Gala in Monaco, World and Olympic Decathlon champion Ashton Eaton spoke to the press about his past season and his future goals.

“For me, my accomplishments have just been a carrot on the end of a stick dangling in front of me. In my mind it’s all about the path to achieving those. Getting the medals is fantastic, but I enjoy trying to get them. That’s what keeps me going.

“I love having major challenges, but there’s nothing major to shoot for outdoors next year, so the main goal for me will be indoors. I really love indoors; it’s probably my favourite competition setting because it’s more intimate. The fans are a lot closer, everything in the stadium is closer; I like that atmosphere. And I can try to get the world record again. It’s fun to do those things.

“I don’t have a lot of indoor championships left. After 2014 and 2016, I don’t know if I’ll make it to 2018, so I figure why not take those opportunities to break the world record. There really isn’t too much inspiration needed on my part – I’m healthy to participate and I just love the sport.

“People think our sport works on a four-year cycle, but it’s really a three-year cycle because we have three global championships one year after another. After having experienced the 2011-2013 cycle, I know what it took to get through that and looking to the next three years I know I’m going to have to take it easy. I’m only ever going to get older.

“My greatest satisfaction in 2013 was completing my resume in having won all the major championships. I wanted to win the World Championships, so I was satisfied that I did. I don’t have the one-hour decathlon world record; I guess that’s all that’s left.

“The most difficult thing for me this year was learning how to manage the residual effects of competing in a major championship. After 2011 and 2012 I was feeling good. But then I started 2013 and it seemed like every week something was affecting me. Normally I can push through those things but for some reason this year I couldn’t. I compare injuries to having a rock in your shoe. You walk around and every step you take there’s that little rock and it’s constantly distracting you and prevents you from focusing.

“Next year I want to do something different. I’m good at the 400m and hurdles are athletic, so I thought ‘let’s try the 400m Hurdles’. I’ll probably do some open Long Jump, hurdles and some Pole Vault. I really want to get in on that Pole Vault action.

“Right now all of my PBs add up to 9400-something. My growth is levelling off, but assuming I stay healthy and have perfect training up until 2016, I definitely think I could score 9300 if all the stars are aligned. This year I scored 8800 after jumping 1.90m in the High Jump. Had I jumped my normal 2.10m, that would have been another 9000+ score and that’s with an unspectacular Long Jump and a couple of other things that were a mess.

“I can’t say 2016 will be my last Olympics. In 2020 I’ll be 32, so that’s possible. Maybe I’ll dabble in single events then. As much as I’ve had a lot of early success, I still want to cling on as long as possible because I love the sport.” 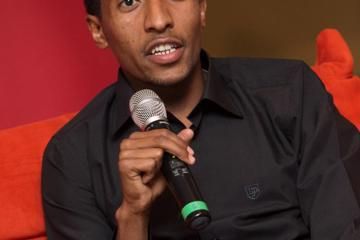