In the ninth part of our 2016 end-of-year reviews, statisticians A Lennart Julin and Mirko Jalava look back on the best middle-distance performances of the year.

After winning the 2012 Olympic title in a world record of 1:40:91, things didn’t quite go to plan for David Rudisha.

The 2016 season wasn’t easy, but Rudisha was focused on retaining his Olympic title. Having finished fifth at the IAAF Diamond League meeting in Shanghai in May and fourth in Stockholm in June, Rudisha won his first big meeting of the summer in Szekesfehervar in June in a world-leading 1:43.35.

In Rio he had no problems progressing to the final. After a convincing run in the semifinal, few doubts remained about the world record-holder’s form.

Asbel Kiprop was the No.1 1500m runner during the early season. The three-time world champion and 2008 Olympic champion clocked a world-leading 3:29.33 in Birmingham in June and was the favourite for the Olympic title.

The Olympic final, however, was run at a pedestrian pace which opened up possibilities for other runners.

Taoufik Makhloufi, the reigning champion from 2012, had already earned a silver medal in the 800m and it was clear he was going to be strong in a slow race. But it was a different type of race to the 2012 final, where Makhloufi clocked 3:34.08 for the win.

Instead, USA’s Matthew Centrowitz dictated the pace from the outset. The 27-year-old had narrowly missed out on a medal in 2012 when he finished fourth, just 0.04 behind bronze medallist Abdalaati Iguider. Most observers expected Kiprop to kick his way to gold in the final straight, but Centrowitz held on to his lead and won in 3:50.00.

The 800m is usually a fiercely competitive event where wins and losses are traded during the season. But this year the top order was carved in rock.

After several years of mixed success, Semenya was simply a class apart this summer. Content to follow the leader in the early part of her races, she seemed to be able to leave the opposition whenever deciding to do so in the closing stages.

This season also marked the return of Niyonsaba. She burst on to the international scene in 2012 when she ran 1:56.59 at the age of 19, but after an injury in early 2013 she had been missing on the world stage for almost three years.

Genzebe Dibaba was invincible last year, but injury problems at the start of the 2016 summer meant that she went to Rio having run just one race, a solo 3:59.83.

Although Dibaba adopted similar tactics to those she had employed at the World Championships one year prior, Kipyegon maintained her supremacy in Rio. Dibaba upped the pace with two laps remaining, but was unable to shake off Kipyegon. The Kenyan took the lead with 200 metres remaining and, having covered the final 800m in 1:57.2, went on to win by 1.35 seconds in 4:08.92. A tiring Dibaba almost lost the silver to fast-finishing Jenny Simpson.

Laura Muir was the main victim of Dibaba’s brutal gear change, dropping from third to seventh during the course of the final 200 metres. At the IAAF Diamond League meeting in London three weeks prior, Muir – who thrives off a fast, even pace – had impressed with a 3:57.49 British record, winning by more than three seconds.

At the IAAF Diamond League meeting in Paris, just 11 days after the Olympic final, Muir’s gutsy approach was richly rewarded as she handed Kipyegon her first defeat of 2016, winning by one-and-a-half seconds in a world-leading 3:55.22. Aside from Dibaba’s world record, it was the fastest time in the world for almost 20 years.

Muir managed another sub-3:58 clocking – and once again defeated Kipyegon – at the IAAF Diamond League final in Zurich just five days later, but was beaten in a close finish by Shannon Rowbury. 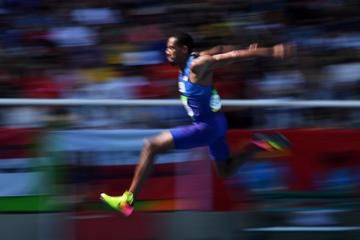 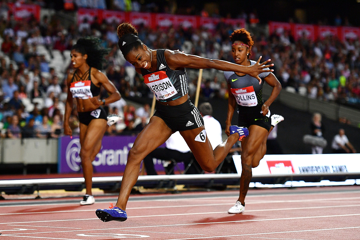 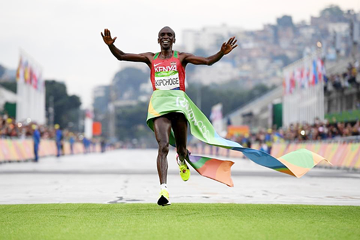 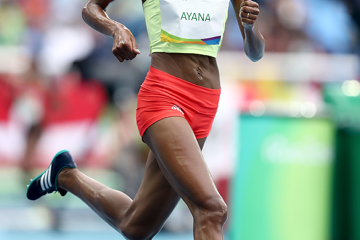