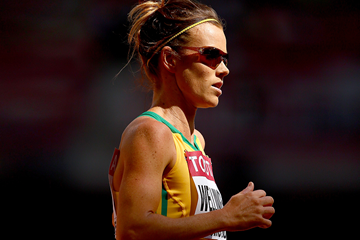 Australia’s best distance runners are aiming for individual and team success at the IAAF/Cardiff University World Half Marathon Championships Cardiff 2016 on 26 March.

Fresh from a win and a 1:09:56 personal best in December’s Okayama Half Marathon, Wellings will be joined by 2015 Melbourne Marathon winner Jess Trengove, Amsterdam Marathon third-place finisher Milly Clark and Cassie Fien.

All four women have achieved a half marathon PB in the past six months, and as a team they represent a strong medal chance in the women’s team category.

“I’m really looking forward to Cardiff,” said Wellings, who will be making her World Half Marathon Championships debut. “I’m aiming to place as high as I can; it’s a World Championships.”

“We have a really strong team,” added Trengove. “Hopefully it will also help us get the most out of ourselves individually.”

Commonwealth marathon champion Michael Shelley is the sole men’s representative for Australia, eight years after his last appearance at the championships.

“The women's team boasts a great depth of talent and based on recent performances they will be highly competitive,” he said. “The selection of Wellings highlights her versatility over a range of distances while Trengove is coming off an excellent Melbourne Marathon performance.

“Although Shelley is the sole male representative, he has been one of our most consistent performers and will be using this event to fine tune his marathon preparations and case for nomination to the team for Rio.”