Success breeds success and with its IAAF Silver Label status, organisers of the Banque du Liban Beirut Marathon on 8 November are attracting a higher class of athletes every year.

Leading the field for the 13th edition of this annual race is Kenya’s Elijah Kiprono Kemboi. Since debuting at the 2008 Nairobi Marathon, the 31-year-old Kemboi has earned victories at the 2011 Antwerp and Kosice marathons and lowered his personal best to 2:07:34 at the 2013 Frankfurt Marathon.

Beirut organisers are expecting him to come ready to race after preparations in his group’s training camp these past several months. It is the camaraderie within the camp that most contributes to athletes such as Kemboi getting through the arduous training sessions.

“I am training in Kaptagat and Kitale with a small group,” Kemboi says. “I train with Leonard Komon (world 10km and 15km record-holder) and Abraham Cheroben under coach Juma Ndiwa.

“I run about 130 kilometres in a week with two speed sessions and a hill training session. After the morning session, we take tea. Mostly we do our sessions early in the morning at 6:00am, come back for tea and then do a new session around noon. At 6:00pm the day is over as it is getting dark.”

Earlier this year, Kemboi finished sixth at the Warsaw Marathon in 2:08:29, just 32 seconds behind the winner. Asked to compare his fitness then and now, he holds his cards fairly close to his chest.

“I feel OK,” he says. “The only bad luck I had was a minor sickness in early September. There I lost some training. But my preparation is going well. I did the pace work in the Eindhoven Marathon (on 11 October) leading until 23km (passing 21km in 1:02:23). I am on schedule now. Based on the long runs, some as long as 32 kilometres, I can measure my current shape.”

“I would like to come to Beirut to win the competition,” says Kemboi. “I will do my best to improve the current course record. I heard also that the course is slightly changed in a faster way.”

Elite athlete coordinator Hussein Makke, a Lebanese-born US sports manager, has assigned two pacemakers to take the field out to 25km at course record pace.

Like most Kenyan professional marathoners, the money Kemboi earns from racing abroad contributes to his future. Kemboi was born in the shadow of Mount Elgon in the same region as his training partners. There he took inspiration and encouragement from his older brothers who introduced him to running.

Having achieved financial success through his road racing, he now feels an obligation to provide for those less fortunate than himself. His earnings thus far have been invested in a small farm for a future beyond his athletics career.

“Kenya is my beloved home country,” he says. “I am proud to be a Kenyan and to represent my country abroad. Running is a way of life in Kenya.”

The temperatures in Beirut even in the early morning are likely to be quite warm, but Kemboi has a task in mind. And his success will further enhance the Beirut Marathon’s reputation as a jewel of the Mediterranean.

BACK
Pages related to this articleAthletes
Elijah Kiprono Kemboi 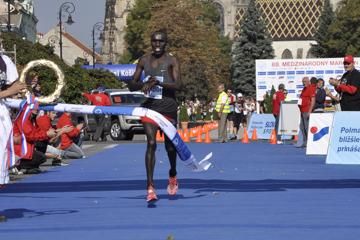 Kemboi and Damantsevich beat the heat in Kosi... 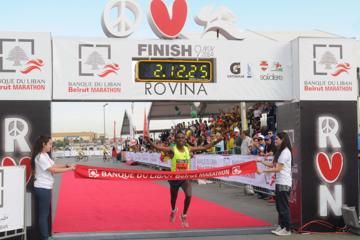 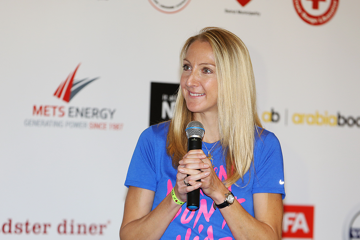 Radcliffe an ambassador for Beirut Marathon ...