The pair will headline the men's race in which top Irish runners Mark Kenneally, Linda Byrne and Ava Hutchinson, who have all achieved the Olympic marathon qualifying standard, will be searching for speed against their more gifted rivals over the 10k distance.

Espana, who will be defending the title he won last year with a decisive breakaway towards the end of the race and Lamdassem, the European Cross Country silver medallist, will be looking to cause another upset against Bekele in the Phoenix Park next month.

Both Spaniards need no reminding that Bekele will be intent on restoring his confidence after a poor display at the Bupa Great Edinburgh Cross Country – IAAF Permit - in January.

What should have been a double celebratory occasion for Bekele on his country’s equivalent of Christmas Day, saw him thrashed by his international opponents and finish a disappointing 11th in a 3k race he was expected to win.

That prompted his manager Jos Hermens to ask for him to be included in the SPAR Great Ireland Run which will also mark his return to Dublin where 10 years ago he became the first and only man ever to win both the IAAF World Cross Country long and short course titles.

While it may be premature to even consider the world’s greatest ever cross country and track distance runner’s career is at a crossroads, with the defence of his Olympic titles on the horizon Bekele needs a victory to rebuild his confidence before the summer track season gets underway. 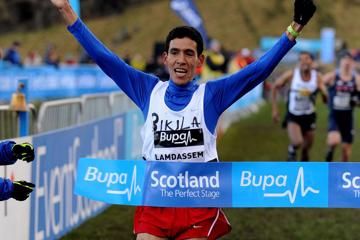