A trio of 2013 world leaders and the IAAF young athlete of the year are among the latest top athletes set to compete in the 2014 New Balance Indoor Grand Prix, an IAAF Indoor Permit meeting, on 8 February.

Jenn Suhr, who last year set the world indoor record in the pole vault and went on to clear a world-leading 4.91m outdoors, returns to the New Balance Indoor Grand Prix in quest of her seventh victory here.

Suhr, the Olympic champion and world silver medallist, is undefeated in her six appearances at this meeting, where she set American records in 2009 and 2012.

The Reggie Lewis Center also played host to Suhr’s first US title in 2005 as a virtual unknown. She has since won six more US titles indoors and seven outdoors for a total of 14 national titles.

Making his debut at the meeting is shot putter Ryan Whiting, the world indoor champion and world silver medallist who last year recorded five of the six longest throws in the world indoors and the top four throws outdoors.

Also making the trip to Boston as a 2013 world leader is Ethiopia’s Hagos Gebrhiwet, who will defend his 3000m title. Last year he set a world junior indoor record of 7:32.87 in Boston, then went on to run the fastest outdoor 3000m in the world for 2013 and took 5000m silver at the World Championships.

Making her return to Boston after a record-shattering 2013 will be Mary Cain, the 17-year-old who last year at this meeting set a world youth indoor best for two miles. She went on to set American junior records for the mile indoors and the 800m and 1500m outdoors.

After finishing second at the US Championships, Cain became the youngest athlete ever to represent the US at the World Championships, where she finished 10th in the 1500m. In her first season as a professional, Cain will run the 2000m in Boston and will have one eye on the world junior indoor record of 5:52.18 set by Zola Budd in 1985.

The men’s mile, always a highlight in Boston, will feature a face-off between the last two Olympic 1500m silver medallists, Nick Willis of New Zealand and USA’s Leo Manzano. 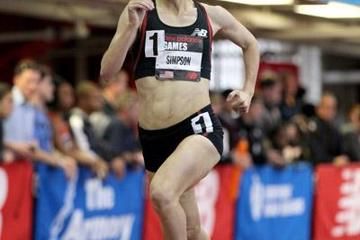