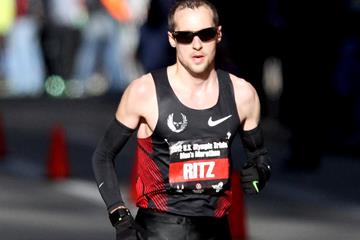 Ritzenhein, Keflezighi, Davila and Flanagan lead US elites at Boston

Organisers of the Boston Marathon have revealed the elite US athletes set to compete at the IAAF Gold Label Road Race on 21 April.

Although the full international field is yet to be revealed, organisers recently announced that reigning Boston Marathon champions Lelisa Desisa and Rita Jeptoo will return to defend their titles.

In the men’s field, three-time Olympian Dathan Ritzenhein will be making his Boston debut. Ritzenhein, who is coached by 1982 Boston Marathon champion Alberto Salazar, is the third fastest US marathon runner of all time.

His career highlights include winning the bronze medal at the 2009 IAAF World Half Marathon Championships, finishing ninth in the marathon at the 2008 Olympics and 13th in the 10,000m at the 2012 Olympic Games.

“I am very excited to be running the 2014 Boston Marathon,” said Ritzenhein. “Like all serious marathoners, Boston to me is ‘the race’, and I can’t wait to toe the line. Growing up with idols such as Greg Meyer and Alberto Salazar makes me want to add my name to this historic race."

Keflezighi, a three-time Olympian, joins Ritzenhein and brings experience to the race, having placed fifth in 2010 and third in 2006. The 38-year-old finished fourth in the marathon at the 2012 London Olympics after winning the US Olympic Trials Marathon. He also took the silver medal at the 2004 Olympics and won the 2009 New York City Marathon.

"It is always a great honour to compete at the prestigious Boston Marathon,” said Keflezighi. “This year's race will have special significance for all of us because of the tragedy that occurred last year. I am training hard and smart to be healthy and fit enough to compete for a victory.”

Gotcher is making his Boston Marathon debut. The 29-year-old finished fifth at the 2012 US Olympic Marathon Trials and is a past national champion in the 20km. Gotcher, who has competed for the US at the World Cross Country Championships and World Half Marathon Championships, boasts a marathon PB of 2:10:36 from his debut at the distance in 2010.

Ever the strategist, Hartmann knows how to run the challenging Boston terrain, having finished fourth in 2012 and 2013. Like Gotcher, Hartmann has represented the US at the World Cross Country Championships and World Half Marathon Championships.

“I had the opportunity to become part of the historic legacy the past two years,” said Hartmann. “And now I look forward to running the Boston Marathon to improve upon my past performances. My expectations are for me to leave it all out on the course, no matter the elements."

Arciniaga recently won the US Marathon Championships and represented the USA at the 2011 IAAF World Championships after setting a PB of 2:11:30 when finishing runner-up in Houston that same year. He last competed in Boston in 2008 when he finished 10th.

Eggleston was the top US finisher in the marathon at the 2013 IAAF World Championships in Moscow, where he placed 13th. Last year he also won the Chicago Half Marathon.

In the women’s field, Davila returns after finishing second on her last appearance in Boston in 2011 when she clocked a best of 2:22:38, the fastest ever achieved on the point-to-point course by a US woman.

“The Boston Marathon was home for both my debut and my breakthrough marathon,” said Davila, who competed at the London 2012 Olympic Games and more recently finished fifth at the Berlin Marathon in September 2013.

“It seems to be an atmosphere that brings out the best in me, and I'm looking forward to being back out there in 2014. In light of the tragic events in 2013 – and I'm not unique in this respect – the Boston Marathon brought out the best in so many runners on the course that day as they showed both courage and compassion. I look forward to sharing the road and the journey in 2014 as we run together from Hopkinton to Boston and show the strength and resilience of the running community.”

Three-time Olympian Flanagan, who finished fourth last year in Boston, also returns. In 2012 she won the US Olympic Marathon Trials in an event record of 2:25:38 and finished tenth at the 2012 London Olympic Marathon.

“In my career, I’ve never felt my running take on a more personal meaning than it will to prepare for this year’s race,” said Flanagan. “The 2014 Boston Marathon will be run with overwhelming honour, passion and joy. Each step we take closer to the finish line is a victory in and of itself.

“It’s hard to express what it means to return this particular year to the place where I grew up and compete. In one word, I guess it would be ‘pride’. I and many in the field will be fuelled by those who were affected by the tragedy and will be running for those who cannot.”

Burla is in the field after placing second at the competitive Amsterdam Marathon this past October. In 2012 she finished third at the Seoul International Marathon and has twice been runner-up at the US Half Marathon Championships.

The 31-year-old is a cancer survivor and was diagnosed with a malignant soft-tissue tumour in her hamstring in 2010. After radical surgery and a positive recovery, Burla has defied the odds to again perform as one of the USA’s best marathon runners.

Nelson won the 2013 US half marathon title and was the top US finisher at the New York City Marathon. On her marathon debut in 2007 she narrowly missed winning in Chicago by three seconds.

US ELITE FIELD (with PBs)