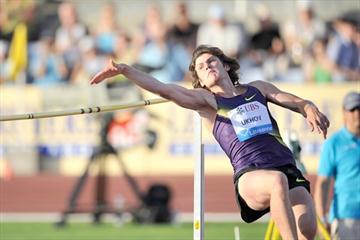 Any vertigo sufferers should stay away from King Baudouin Stadium on 5 September for the IAAF Diamond League meeting in Brussels, because the world’s best athletes will be reaching dizzying heights in both ends of the stadium at the 38th edition of the AG Insurance Memorial Van Damme.

Following the announcement of pole vault world record-holder Renaud Lavillenie, the top high jumpers in the world have now signed up to compete in the Belgian capital for the second of two IAAF Diamond League finals.

A true clash is expected between Olympic champion Ivan Ukhov and world champion Bohdan Bondarenko. Given their outstanding form over the past 12 months, many keen followers of the sport expect Javier Sotomayor’s world record of 2.45m to fall this season.

Earlier this year, Ukhov equalled the European indoor record with a 2.42m leap in Prague. In his first outdoor competition of 2014, he jumped a world-leading 2.41m to equal the Diamond League record.

Bondarenko won the world high jump title last year in a breath-taking competition in Moscow. He also impressed in his first outing of this summer season, jumping 2.40m in Tokyo to beat Ukhov.