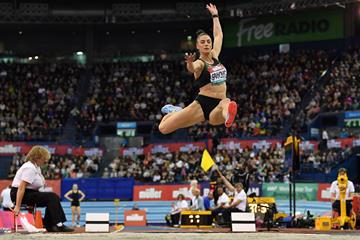 “The cast is very strong,” said meeting director Krzysztof Wolsztyński. “A fast, three-hour dynamic meeting is in store. The pole vault field is extremely strong, and big names will also appear in the 400m, 800m and long jump.”

Spanovic sailed to a third successive European indoor title in 2019, one year after winning world indoor gold. However, the 29-year-old Serbian picked up an injury before last year’s World Championships and was unable to compete in Doha.

Back in form, the world and Olympic bronze medallist is looking forward to competing in Torun for the first time.

Polish 800m runner Kszczot, who also won world indoor gold in 2018, will have the support of the crowds in Torun Arena in what will be the final event of the night, but the quality of the field is such that Kszczot is just the sixth fastest man in the field based on 2019 performances.

World silver and bronze pole vault medallists Armand Duplantis and Piotr Lisek were confirmed for the Copernicus Cup last month, but the likes of 2015 world champion Shawn Barber and 2014 world indoor champion Konstantinos Filippidis have now been added to the field.