Cuba will be represented by 25 athletes at the 2013 IAAF World Championships in Moscow from 10-18 August.

Two members of the team will head to the Russian capital as the current world leaders in their event. Olympic Pole Vault silver medallist Yarisley Silva cleared a Central American record of 4.90m in June, making her one of the gold medal favourites in that event.

World junior champion Pedro Pablo Pichardo, who turned 20 just last month, has been a revelation in the Triple Jump this year. He has improved his PB to a world-leading 17.69m and defeated World and Olympic champion Christian Taylor in Lausanne.

Cuba won four medals at the last World Championships in Daegu, and all four medallists will be in Moscow. Pole Vault silver medallist Lazaro Borges recently cleared 5.71m, his best outdoor vault since 2011.

Discus thrower Yarelys Barrios, bronze medallist in Daegu, has been one of Sandra Perkovic’s toughest rivals on the Diamond League circuit this year. Fellow Daegu bronze medallist Leonel Suarez has not contested a Decathlon since taking bronze at the London 2012 Olympics, but has won medals at the past four global championships.

Javelin thrower Guillermo Martinez has made it on to the podium at the past two World Championships and heads to Moscow with a season’s best of 85.59m, the fifth-best mark in the world this year.

Also on the team is sprint hurdler Orlando Ortega and 400m hurdler Omar Cisneros. Junior sprinter Yoandys Lescay has been selected in the 400m, while 18-year-old World junior champion Yorgelis Rodriguez will compete in the Heptathlon.

Three-time World Hammer champion Yipsi Moreno will be making her seventh appearance at the IAAF World Championships, a record for a Cuban woman. 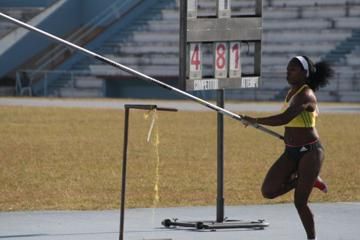