World high jump champion Mutaz Essa Barshim of Qatar will bring his high-flying act back to the Prefontaine Classic to challenge a world-class field at the IAAF Diamond League meeting on 25-26 May.

Barshim, owner of Eugene’s stadium and meeting records at 2.41m, is the IAAF world male athlete of the year. In a bid for a third Prefontaine Classic title, he’ll face the man who just beat him to the world indoor title in March and the USA’s most successful jumper of the past decade.

At age 26, Barshim has dominated his event like few others. His three IAAF Diamond League trophies are two more than anyone else has in this event. With a PB of 2.43m, Barshim sits second on the world all-time list behind world record-holder Javier Sotomayor.

Erik Kynard is the leading US entry and the 2016 Diamond League winner. The 2012 Olympic silver medallist is a nine-time national champion and last month missed a medal at the World Indoor Championships only on countback.

Jeron Robinson of the US cleared a world-leading 2.31m at the Texas Relays last weekend, tying the lifetime best he set in 2015.

The remaining two spots will be filled by the athletes jumping the best outdoors in the coming weeks. 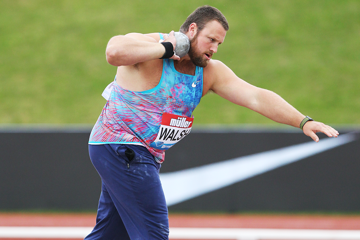 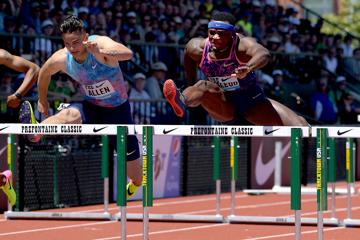