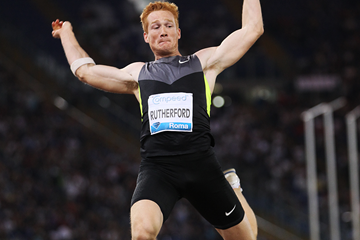 Organisers of the Golden Gala Pietro Mennea have revealed the names of three global champions who are set to compete at the IAAF Diamond League meeting in Rome on 2 June.

It will be Tamberi’s first competition on Italian soil since winning the world indoor title in Portland last month and the national record-holder is ready to thrill the home crowd in the Italian capital.

Rutherford, who is also the European and Commonwealth champion, completed his ‘grand slam’ of major titles when winning the world title in Beijing last year. The 2015 Diamond Race winner was victorious in Rome in 2012, just two months before winning the Olympic title.

South Africa’s Van Niekerk earlier this year made history by becoming the first sprinter in history to run faster than 10 seconds for 100m, 20 seconds for 200m and 44 seconds for 400m. Last year the 23-year-old became the fourth-fastest man in history for 400m when he clocked 43.48 to win the world title in Beijing.