On 6 May Doha will play host to the opening meeting of the IAAF Diamond League series for a seventh successive season and, as always, a large number of the world’s leading athletes will open their outdoor campaigns in the Suhaim Bin Hamad stadium.

Taylor, a four-time Diamond Race winner, won the world title last year and came within a mere eight centimetres of the 18.29m world record Jonathan Edwards set way back in 1995. Taylor’s 18.21m leap broke the North American record and moved him to second on the world all-time list.

The 25-year-old returns to Qatar in the hope of achieving his second IAAF Doha Diamond League victory and reclaiming the meeting record he lost last year in a memorable battle against Cuba’s Pedro Pablo Pichardo, a competition which – for the first time in history – saw two men surpass the 18-metre barrier. Taylor leaped what was then a personal best of 18.04m but couldn’t quite catch Pichardo’s early lead of 18.06m.

“That was a special day for me, as I exceeded 18 metres for the first time in my career,” said Taylor. “I am really looking forward to returning to Doha and enjoy the meeting’s favourable conditions which always help athletes reach peak form.

“2016 is a special year with the Olympics ahead on schedule. Triple jump has reached unprecedented heights in recent years, but I am looking for nothing less than a second Olympic gold.

“What better way to start the season than going after that respectable meeting record,” he added. “It would be a huge stepping stone in my preparation towards the Olympic Games. But of course, coming out with a Diamond League win would just be an added bonus.”

Rypakova, who returned to action at the end of 2014 after taking a break to give birth, is yet to lose a triple jump competition in Doha. The city played host to her 2010 world indoor title, two years before she won at the IAAF Diamond League meeting in Doha. The 31-year-old has also won two Asian indoor titles in the Qatari capital, in 2008 and 2016.

Ibarguen, who took the silver medal behind Rypakova at the 2012 Olympics, has won the Diamond Race in the triple jump for the past three seasons. The Colombian’s last defeat was, in fact, at the 2012 Olympics. She has competed at the IAAF Diamond League meeting in Doha once before, setting a meeting record of 14.43m. 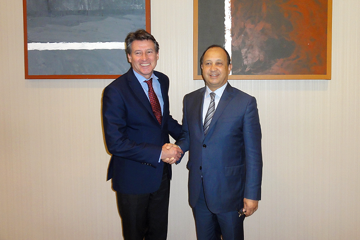 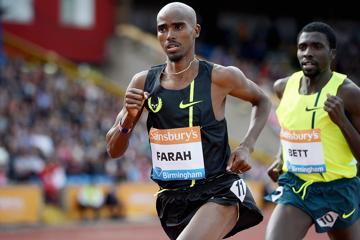 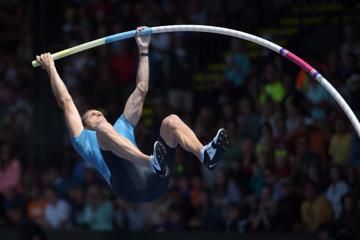 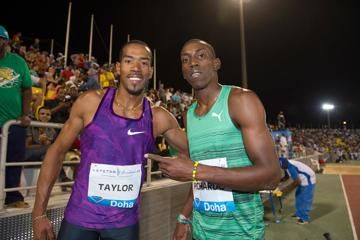