USA’s Ashton Eaton broke the world indoor record* for the heptathlon in Tallinn today (6) with 6568 points, improving the previous record, also in Eaton’s name, by 69 points.

The audience gave a standing ovation to Eaton’s impressive performance at the Tallinn International Indoor Combined Events Meeting, taking place with the Estonian Championships on 5-6 February.

In total, Eaton collected 6568 points. As the audience witnessed, the world record could have been even higher, as the athlete had a good 40-50cm push-off reserve in the long jump and he struggled in the high hump, where his previous best mark was 10 centimetres higher.

“I'm very happy to have set a world record in Tallinn," said Eaton. "Estonians sure do love athletics and combined events! The high jump was the hardest for me this time, but after the pole vault I was sure I was going to set a world record."

Maris Lindmae for the IAAF 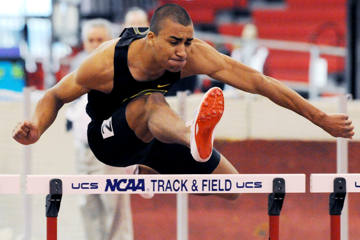