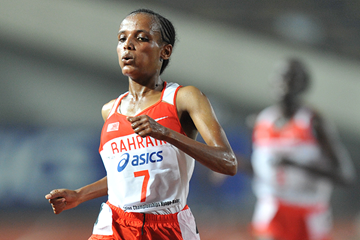 The 36th Osaka Women’s Marathon, an IAAF Silver Label Road Race, is one of four qualifying races to select the Japanese team for the IAAF World Championships London 2017, so much of the attention will be directed towards the domestic field on Sunday (29).

Leading the international challenge hoping to command some of that spotlight will be Shitaye Eshete of Bahrain, who arrives with a lifetime best of 2:25:36 set at last year’s Dubai Marathon. Although she didn’t finish the Rio 2016 Olympic race in August, Eshete’s stated goal of a sub-2:20 performance isn’t unrealistic, given her 30:47.27 personal best over 10,000m. The 26-year-old was sixth over the shorter distance at the 2011 and 2013 World Championships and at the 2012 Olympic Games.

Ito looking to bounce back from Rio disappointment

Eshete’s ambitions notwithstanding, the focus will clearly fall on the domestic battle as all four spots for Japan’s London-bound team are still up for grabs. Indeed, with no Japanese meeting qualification criteria at last year’s Hokkaido and Saitama marathons, the race for London selection remains wide open.

Three Japanese with sub-2:25 credentials will be on the line on Sunday: Risa Shigetomo, Mari Ozaki and Mai Ito. Some see the latter, who finished seventh at the 2015 world championships, as the favourite. Ito clocked her 2:24:42 personal best in Nagoya two years ago, but struggled in Rio where she finished 46th after coming down with a stress fracture in her left foot just before the Games.

Shigetomo clocked her lifetime best of 2:23:23 at this race in 2012 and was later selected for the 2012 Olympic squad. Ditto in 2015 when she clocked 2:26:39, her second best effort, to earn a spot on that year’s world championship team. This year, in her fifth Osaka appearance, the 29-year-old is gunning for a personal best.

Yuko Watanabe and Misato Horie, with bests of 2:25:56 and 2:26:40 respectively, are the next two fastest Japanese. Horie, 29, was second in Osaka last year while Watanabe produced her lifetime best at this race in 2013.

With the Japanese running scene currently in transition, fans are awaiting the emergence of a new star. That could be 26-year-old Hanae Tanaka who’ll be making her marathon debut. Tanaka, who raced to silver at the 2011 World University Games in the half marathon and has a 1:09:18 best over the distance, is coached by Sachiko Yamashita, the 1991 world championships silver medallist. More recently Yamashita guided Yoshimi Ozaki to world championships silver in 2009.

Other international contenders include Iwona Lewandowska of Poland who has a best of 2:27:47 from the 2015 London Marathon; Serena Burla of the USA, who clocked 2:28:01 in Amsterdam four years ago; and Ethiopian Muluhabt Tsega, who set her 2:29:17 lifetime best in Beirut in 2015.