Dibaba, Aman and Kejelcha among Ethiopia's medal hopes for Beijing

World 1500m record-holder Genzebe Dibaba, world 800m champion Mohammed Aman and prodigious teenager Yomif Kejelcha are among the main names and medal hopes in the Ethiopian squad for the IAAF World Championships, Beijing 2015, which will be staged in the Chinese capital from 22-30 August.

The in-form star of the Ethiopian team is without doubt Genzebe Dibaba following her stunning 1500m world record in Monaco on Friday.

The Ethiopian Athletics Federation (EAF) only originally picked Dibaba for the 5000m but after discussions between the EAF, the athlete, and her coach, she was added to the 1500m and is expected to double over both distances.

Her record-breaking feat in the shorter distance has dominated the headlines over the past few weeks but the 24-year old is barely less proficient over the 5000m, having run 14:15.41.

Despite her two world indoor titles, Dibaba will be looking to arrest her series of below-par performances in previous World Championships outdoors. Her record to date is: ninth over 5000m in 2009, eighth over 5000m in 2011, and eighth again over 1500m in Moscow 2013.

Aman was based in Eugene last winter and spring, working under the tutelage of coach and 1988 Olympic steeplechase bronze medallist Mark Rowland.

Gold is also the medal Almaz Ayana will aim for in Beijing after bronze in the 5000m in Moscow two years ago.

The 24-year-old ran a world-leading 14:14.32 at the IAAF Diamond League meeting in Shanghai back in May and followed it up with a PB of 8:22.22 in the Moroccan city of Rabat, before finishing just behind Dibaba in Paris.

Two years ago Kejelcha was winning the world youth 3000m title in Donetsk but this summer he has a genuine chance of lifting a senior title.

Only turning 18 on 1 August, this summer he has had impressive wins in Eugene and Rome and just lost out to double world and Olympic champion Mo Farah in Lausanne recently.

Kejelcha leads a relatively experienced quartet of Ethiopians, one of whom will sadly have to be dropped.

Hagos Gebrhiwet took 5000m silver behind Farah two years ago and started the season impressively by beating Farah over 3000m in Doha before struggling with injury in the past month.

Olympic 5000m silver medallist Dejen Gebremeskel is returning to form after an injury-plagued 2013 and 2014 while Yenew Alamirew, the national 3000m record-holder, is also showing signs of returning to fitness after finishing a close second behind Caleb Ndiku in Monaco on his last IAAF Diamond League outing.

Four gold medals from Haile Gebrselassie and Kenenisa Bekele, and three by Tirunesh Dibaba, have ensured that the 10,000m is Ethiopia’s most successful event in World Championships history.

Hoping to extend this remarkable statistic in Beijing will be Muktar Edris and Gelete Burka, who are both stepping up from the events where they have made their name.

Burka, the 2008 world indoor 1500m champion, will compete at her sixth World Championships but her first over 25 laps of the track after winning the Ethiopian trials in Hengelo last month.

Like Burka, Edris will step up from the 5000m where he finished seventh in Moscow. He won the 10,000m trials ahead of Imane Merga, the 2011 world bronze medallist and 2011 world cross-country champion, and Mosinet Geremew.

Ethiopian team for Beijing (including reserves) 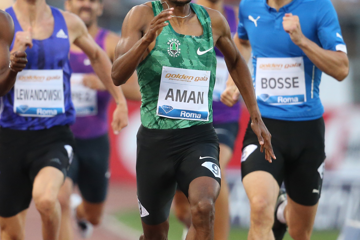 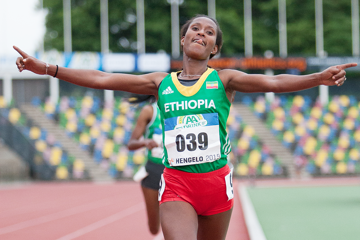 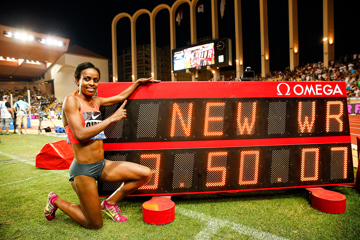 Dibaba is finally a master of all trades