Warholm and Lasitskene crowned 2019 European athletes of the year

Warholm and Lasitskene both successfully defended their titles on the same evening at the IAAF World Athletics Championships Doha 2019. Warholm went unbeaten in 18 races across all distances in 2019 and Lasitskene won 22 of her 24 high jump competitions this season.

Warholm, who broke the European record in the 400m hurdles three times in 2019, was shortlisted for the men’s trophy alongside fellow world champions Pawel Fajdek from Poland and Daniel Stahl from Sweden as well as Estonia’s Magnus Kirt, the world leader in the javelin.

“My plan is to keep up the good work,” said Warholm. “I know that achievements are made in training and this is where I will put in the good work.”

Lasitskene was part of an all-star women’s shortlist which also included world and European champions Dina Asher-Smith from Great Britain, Malaika Mihambo from Germany and Sifan Hassan of the Netherlands.

“It is a huge honour to win this award and be recognised as the Athlete of the Year by European Athletics,” said Lasitskene. “It has been a great year for me and it was a thrill to become the first high jumper to win the World Championships on three occasions.” 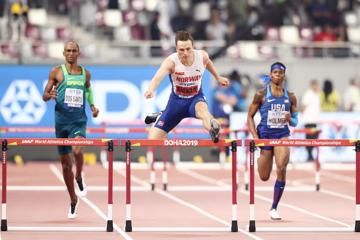 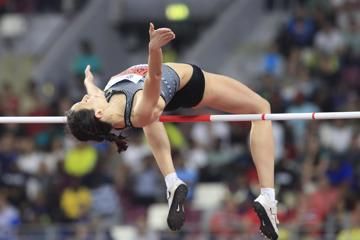