The 38-year-old from the Dominican Republic won two world titles and two Olympic titles during his international career, which spans back to 1999.

Between 2001 and 2004, he won 43 races in a row at his specialist distance. That streak included his 2001 and 2003 world titles in Edmonton and Paris respectively, and his 2004 Olympic title in Athens. He also won a share of the Golden League million-dollar jackpot in 2002 after winning all of his races in the series that year.

Throughout his winning streak, Sanchez wore a flashing wristband during all of his races. The wristband, he says, gave him extra motivation as it was a souvenir from the 2000 Olympics, where he had failed to make to final.

After winning the Olympic title in 2004, with the wristband having served its purpose, he donated the wristband to an IAAF charity auction. But in his very next race, he injured his leg and failed to finish, ending his winning streak.

Injuries continued to plague him throughout the rest of his career, but he would always peak for the big occasion and produced his fastest runs of the year at every global championship between 2003 and 2013.

From his first world title in 2001 to his fifth-place finish in 2013, Sanchez reached the final at seven successive IAAF World Championships; only two other athletes in history have achieved such a feat in an individual track event.

The biggest moment of Sanchez’s career came at the 2012 Olympics. A few weeks short of his 35th birthday and entering the Games as the seventh-fastest 400m hurdler in the world that year, few saw him as a threat. But he improved with each round and pulled off a surprise victory in the final with a time of 47.63, his fastest time since his 2004 Olympic triumph and equalling his winning time from Athens.

During his video press conference on Tuesday, Sanchez said that his greatest achievements were his two Olympic titles. “My greatest pride,” he said, “is that my name is part of Olympic history.” 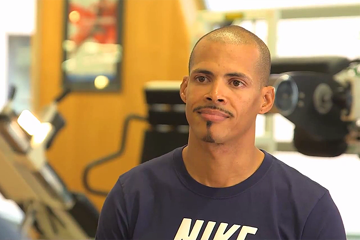 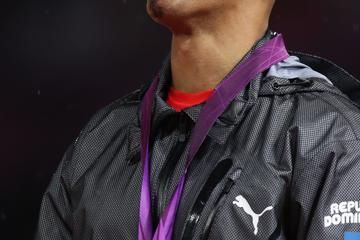 Tears for the Second Coming of Sanchez ... 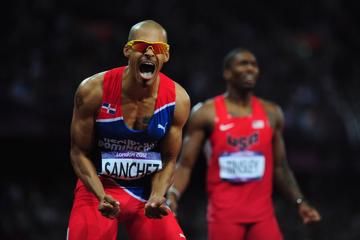