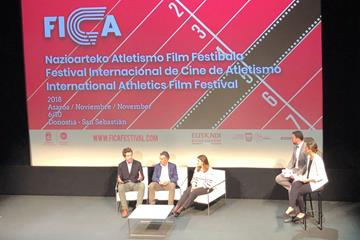 The second edition of FICA, the International Athletics Film Festival which is supported by IAAF Heritage, will take place from 4 to 9 November 2019 in San Sebastian, Spain.

Registration for entries to the competition section of FICA 2019 opened today and will close on 21 July.

The competition is open to audio-visual works whose contents or story is based around athletics, conveying the culture of athletics and its values. Short, medium-length and feature films, as well as films in documentary, animation and fiction format, up to a maximum running time of 120 minutes can be entered. There is no limit on the number of films producers can submit to the festival, provided they were released after 1st January 2014.

The following 3 platforms can be used to register:
- MoviBeta
- Festhome
- Filmfreeway

The registration period will end on 21st July, when the panel of judges will start its deliberations. The rules of the competition are available here.