Kiplagat will return to her world record race in Barcelona

Kenya’s Florence Kiplagat will return to the eDreams Mitja Marato de Barcelona on 15 February, the race where she set world records for the half marathon and 20km earlier this year, organisers announced on Wednesday (19).

Kiplagat stopped the clock in the Spanish city in 1:05:12, taking 38 seconds off the previous mark of 1:05:50, which was set by her compatriot Mary Keitany at the 2011 RAK Half Marathon.

“I’m returning to Barcelona with the aim of running under 65 minutes,” said Kiplagat.

Eight weeks later, Kiplagat went on to finish second in the London Marathon in 2:20:24 and she also won a 10,000m silver medal in the 2014 Commonwealth Games.

Earlier this month, she and her compatriot Dennis Kimetto were named as the AIMS (Association of International Marathons and Distance Races) Best Marathon Runners of the Year for 2014. 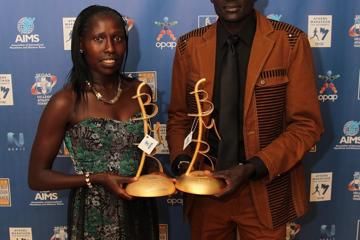