Genzebe Dibaba will take a tilt at the world indoor 5000m record at the XL Galan meeting in Stockholm on 19 February, organisers of the IAAF Indoor Permit meeting announced on Wednesday (14).

Stockholm’s Ericsson Globe arena was also where Dibaba ran a world indoor 3000m record of 8:16.60 last year, taking more than seven seconds off the previous record which had also been held by Defar.

It was the second of Dibaba's three record-breaking runs last winter, coming after her 1500m world indoor record in Karlsruhe and before her two miles world indoor best in Birmingham.

To date, no fewer than 15 world indoor records have been set at the Globe Arena.

However, Dibaba has never before run over 5000m indoors. She has an outdoor best of 14:28.88, set when winning at the IAAF Diamond League meeting in Monaco last July.

The Karlsruhe indoor meeting in Germany announced on Tuesday that Kallur would have her first race over barriers since 2010 at their event, another IAAF Indoor Permit meeting, on 31 January. 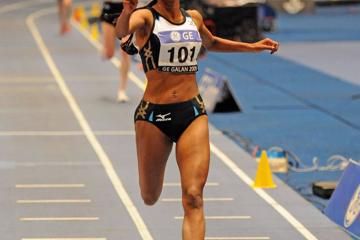 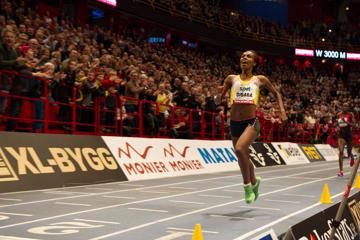