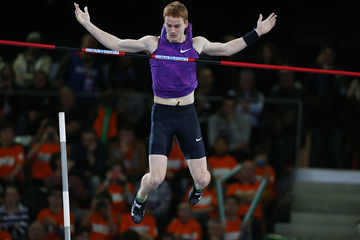 Barber, Harrison, Pichardo and Thompson among the latest names for Glasgow

Organisers for the Glasgow Indoor Grand Prix have announced that the final stop of this year's IAAF World Indoor Tour will have a total of 43 world and Olympic medallists competing in the Emirates Arena on Saturday 20 February.

The 3000m field, which will feature British star Mo Farah, will contain the Kenyan trio of Paul Koech, Conseslus Kipruto and the in-form Augustine Choge, the latter having already won at the opening IAAF World Indoor Tour meeting in Karlsruhe last Saturday.

Great Britain’s fastest woman Dina Asher-Smith has already been announced as facing world 200m champion Dafne Schippers in the 60m but the field has been augmented by Jamaica’s Elaine Thompson, who took the 200m silver behind Schippers at the IAAF World Championships Beijing 2015 last summer.

Michelle-Lee Ahye of Trinidad and Tobago and Polish record-holder Ewa Swoboda will also be in the 60m.

There will be a strong British presence in the women’s 60m hurdles as European champion Tiffany Porter is joined by European indoor silver and bronze medallists Lucy Hatton and Serita Solomon.

International opposition will be led by Germany’s world silver medallist Cindy Roleder and world leader Keni Harrison of the USA. Harrison, like Choge and Schippers, was also a winner in Karlsruhe.