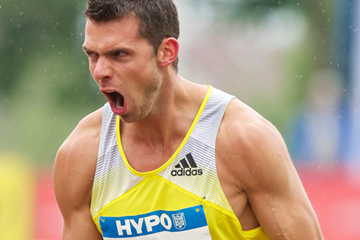 Double European sprint champion Dafne Schippers, whose participation at the 2015 Hypo-Meeting had already been announced, is one of eight leading Dutch athletes who will be at the IAAF Combined Events Challenge meeting in Gotzis on 30-31 May.

Schippers’ goal in Gotzis is to improve on her past two appearances in the Austrian city, having finished third in 2013 and 2014, the latter with a national record of 6545.

After competing in Gotzis, Schippers will decide whether to focus on the sprints or heptathlon at this year’s IAAF World Championships.

World indoor champion Nadine Broersen will also be in Gotzis. The European silver medallist finished second at the Hypo-Meeting two years ago and fourth last year.

Eelco Sintnicolaas, the 2013 European indoor champion, will be contesting the decathlon in Gotzis for the sixth time. His best result at the Hypo-Meeting came in 2012 when he finished second with a personal best of 8506.

A further trio of Dutch decathletes will be returning to the scene of their respective PBs. Ingmar Vos scored his best of 8224 when finishing sixth in 2012. Pelle Rietveld finished fifth in Gotzis last year with a PB of 8204, a few places ahead of national junior record-holder Pieter Braun, who scored a best of 7892 in Gotzis last year.