Betty Heidler after her victory in Ostrava (© Bob Ramsak)

Heidler, who improved the World record* to 79.42m on 21 May, reached 77.22m in the second round here to seal the win, her third straight this season.

“I was a little bit tired but it was okay today,” said the 2009 World silver medallist, who arrived in this eastern Czech city after a three flight, 18 hour journey from Dakar, where she emerged victorious as well. “I was a little inconsistent today, but it’s not a problem.”

Her throw at this IAAF Hammer Throw Challenge event was also a meet record, eclipsing the 76.59m mark set by Poland’s Anita Wlodarczyk, the former World record holder, in 2009.

Her compatriot Kathrin Klaas was second thanks to a 75.48 career best in the fourth round, a throw that added 18 centimetres to her previous best set earlier this year.

Zagorniy was in command of the men’s competition from the third round to take his fifth victory this season in as many starts. The Russian took the lead from Krisztian Pars with a 78.91m throw in the third round, but the Hungarian responded with a 79.29m to retake command. Zagorniy followed with a long foul in round four before moving ahead again with a 79.55m effort in the fifth round, before padding it a bit more with an 80.02m to cap the competition.

Pars, the meet record holder at 80.71m, held on for second with Russian Sergey Litvinov Jr. third with a 78.74m best.

World and Olympic champion Primoz Kozmus of Slovenia returned to international competition after a 20-month break and struggled, finished last with a 72.42m best.

Kozmus, who threw 75.10m in a local meeting on Sunday, packed up drove back to home immediately following the competition. “No I’m not staying,” he said, smiling. “I’ve got to go home and train.”

Bolt anxious to put Rome behind him

The main programme of the meeting’s 50th edition begins Tuesday afternoon, with the focus clearly falling on Usain Bolt’s second 100m outing of the season.

In his season’s debut last Thursday in Rome, Bolt fought back with a late race surge to edge his compatriot Asafa Powell by just 0.02 in 9.91. Despite the victory, it’s a race the World and Olympic champion and World record holder wants to put behind him.

“"Everything that was bad happened there,” he said at a press conference this morning. "I was only going through the motions. The only good thing to come out of it was that I didn’t lose.”

Bolt hadn’t races since his defeat to Tyson Gay in Stockholm last August and admitted that nerves got the better of him in the Italian capital.

“Because it was so long between competitions, I really got nervous last week. “I hadn’t been that nervous in three or four years.”

Bolt said his coach Glen Mills’ assessment was quite succinct.

“He asked me flat out if I had forgotten how to run.”

"I’m feeling more relaxed after getting that first race out of the way. I’m much more focused than I was last week. 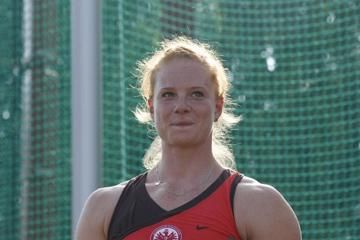