Tickets for the IAAF World Championships London 2017 have gone on sale on Monday (1).

The championships will take place at The Stadium within Queen Elizabeth Olympic Park, between 4-13 August 2017.

Many of the 700,000 tickets going on sale will cost £35 or less, with tickets for adults starting from just £20 and child tickets for all sessions cost under £10.

After the ballot closes, people will receive communications at the end of August 2016 regarding which tickets they have been allocated. Any unsold tickets will be brought back on to general sale in September 2016.

Anyone from the UK or around the world can access the ticketing website and apply for tickets direct with the local organising committee at: tickets.london2017athletics.com. Local organisers have emphasised that this is the only source to purchase tickets at the present time.

For the first time ever, there are athlete-themed ‘world record’ ticket prices to reflect world records set at previous IAAF World Championships.

IAAF President Sebastian Coe commented: “Having been delighted to attend the recent Anniversary Games which played out to superb two-day crowds in the Olympic Stadium, it’s clear that the British public have a huge appetite for world-class athletics. We want to recapture that same atmosphere next year at the IAAF World Championships London 2017. The beginning of ticket sales today marks the start of the home straight for the championships and the public’s chance to watch the world’s best athletes over ten action-packed days".

Niels de Vos, Championships Director of London 2017, added: “Tickets going on sale today marks a significant moment, it starts the journey for those who want to join us next year for an incredible summer of world athletics. We wanted to make the World ParaAthletics Championships and the IAAF World Championships London 2017 as accessible as possible and I think we have delivered this with the huge range of tickets available at some ground-breaking prices. I’d urge everyone not to miss out on next year’s biggest global sporting event by applying for tickets at tickets.london2017athletics.com.”

The Mayor of London, Sadiq Khan, said: “It is fantastic that the world’s best athletes are coming to London next year in what will be an unforgettable summer of sport in the capital. London is open to visitors from around the globe and we look forward to welcoming them to the greatest city on earth to experience our world-class venues and to enjoy our amazing cultural activities.”

The IAAF World Championships London 2017 will bring together almost 2000 athletes from more than 200 countries who will compete in 14 sessions across 10 action-fuelled days.

The Race Is On, a promotional film for the IAAF World Championships London 2017 ticket launch, can be viewed here. 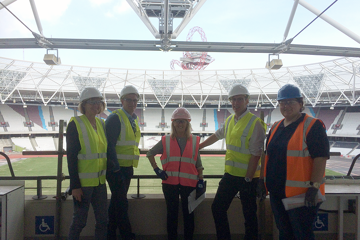 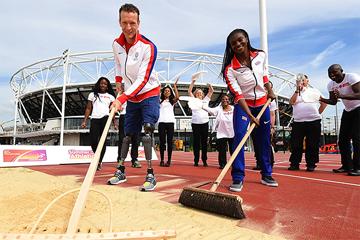 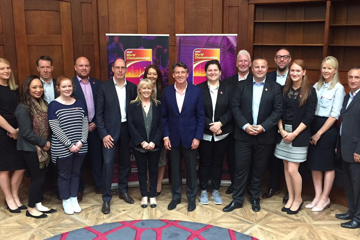 Exciting developments a year out from the IAA...