The men’s 110m hurdles is not a Diamond Race discipline at the Prefontaine Classic this year but will still attract a lot of attention thanks to the presence of McLeod.

After his win in nearby Portland in March, he opened up his outdoor campaign with a 9.99 100m to make him history's only man under both the 10-second and 13-second barriers, for the 100m and 110m hurdles respectively.

The 22-year old McLeod leads the Diamond race after wins at the IAAF Diamond League meetings in Doha and Shanghai earlier this month.

Among his rivals in Eugene will be the amazing Aries Merritt.

Hansle Parchment, 25, is the Jamaican record holder at 12.94, a time that McLeod is aiming for, and he earned the Olympic bronze medal in 2012 as well as winning in Eugene in 2012.

The field is completed by the American pair of Jarret Eaton and Jeff Porter as well as Canada’s Johnathan Cabral.

Bett and Jeffery Gibson of the Bahamas will be the focus of many curious eyes in the 400m hurdles, arriving in Eugene as the gold and bronze medallists from last summer’s world championships in Beijing., with the latter also winning the Pan American Games title.

Bershawn Jackson, 33, knows the Hayward Field track well as the Pre Classic’s only two-time winner in this event, having taken the honours in 2005 and 2009, and the 2005 world champion had his best season for several years and also took the Diamond Race in 2015.

Kerron Clement, 30, also had his best last year since 2010 in 2015, the two-time world champion just missing the bronze medal in Beijing by 0.01 to Gibson. 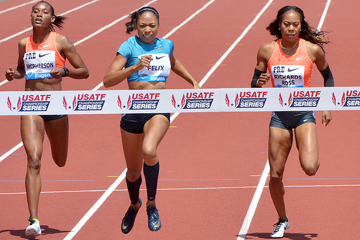 Felix takes on Richards-Ross over 400m in Eug... 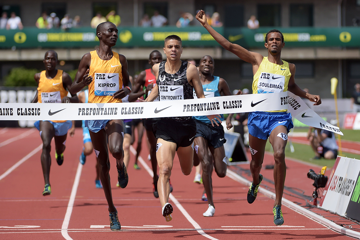 Eugene assembles its best ever mile field – I... 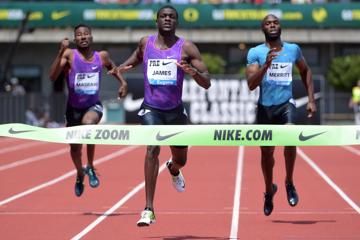