Early season 100m hurdles sensation Kendra Harrison heads the field of her specialist event at the IAAF Diamond League meeting in Stockholm on 16 June, organisers of the Bauhaus-Galan announced on Wednesday (25).

Harrison opened her 2016 outdoor season in stunning fashion last month by clocking 12.36 in Athens, USA. Her time on the University of Georgia track elevated her to equal-ninth on the world all-time list and makes her the fifth-fastest US woman ever.

Notably, no other hurdler has run this fast so early in the year and it was also the fastest ever wind-legal season-opener by a 100m hurdler.

Since then, Harrison has sped to times of 12.56 and 12.42 in her other two races, also faster than anyone else in the world this year.

She will be joined by three US compatriots in the Swedish capital in three weeks’ time: Kristi Castlin, who is currently second on the 2016 world list with 12.62, two-time world indoor 60m hurdles champion Nia Ali, and Queen Harrison.

But in terms of local attention, Harrison is likely to be overshadowed by the comeback of Sweden’s 2006 European champion Susanna Kallur, who will be competing in her first 100m hurdles race since 2010.

Kallur, who is also the 60m hurdles world indoor record-holder, is looking to make the Rio 2016 Olympic Games team.

"I have only a couple of opportunities to qualify" said Kallur. "I have never been in that kind of alarming situation before. I am approaching the end of my journey. It is really nerve-wracking."

Kallur met one of her successors to the European 100m hurdles crown, Belarusian Alina Talay, during a training camp in Florida this spring and got an unexpected opportunity to test her competitive shape.

"We tried out over six hurdles and I was surprised that I maintained her level," said Kallur.

The world bronze medallist will have the chance to race Kallur again as she’ll also be in Stockholm.

In addition, Australia’s Olympic champion Sally Pearson will continue on the comeback trail after her dramatic and horrifying wrist and arm injury after falling at the IAAF Diamond League meeting in Rome last year.

Pearson won on home soil at Gold Coast in 12.75 on Saturday, her first race in 11 months. 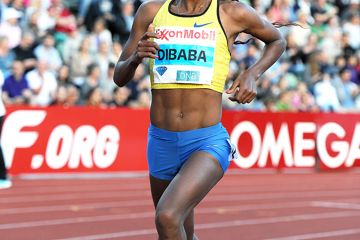 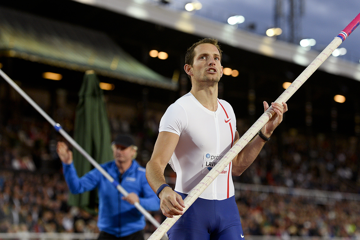 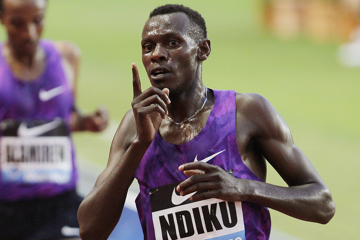