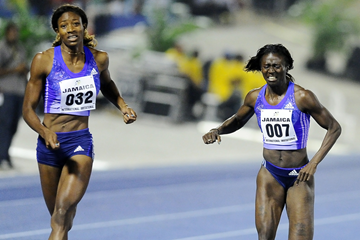 Miller and Stowers looking for repeat wins in Kingston

Shaunae Miller and Jasmin Stowers, two of the stand-out performers at last year’s Jamaica International Invitational, will return to Kingston for this year’s edition of the IAAF World Challenge meeting on 7 May.

Miller, the 2010 world junior and 2011 world youth champion, returned to her specialist distance of 400m at the World Championships last year and took the silver medal with a PB of 49.67.

Stowers set a Caribbean all-comers’ record of 12.39 to win the 100m hurdles last year in Kingston, comfortably beating Danielle Williams who went on to win the world title in Beijing.

Miller and Stowers are two of the six latest additions announced by the meeting organisers.

Commonwealth champion Andrew Riley will line up for the 110m hurdles against US Olympian Jeff Porter and Aleec Harris, the winner in Kingston last year.