Fraser-Pryce the headline act for Kingston

Just days after making history as the first woman to win world titles in the 60m, 100m, 200m and 4x100m, Shelly-Ann Fraser-Pryce has been revealed as one of a host of top athletes set to compete in Kingston on May 3 at the Jamaica International Invitational, an IAAF World Challenge meeting.

Last weekend, Fraser-Pryce won 60m gold at the IAAF World Indoor Championships in Sopot, speeding to a world-leading 6.98, the fastest time in the world for four years.

It was her fourth world title within a seven-month period, following the gold medals she won in the 100m, 200m and 4x100m at the IAAF World Championships in Moscow last year.

In 2013, Fraser-Pryce kick-started her summer campaign with victory at the Jamaica International Invitational, winning the 200m in 22.38. She returned to the same track the following month for the Jamaican Championships, where she ran a world-leading 22.13.

Fraser-Pryce, who holds the Jamaican all-comers’ 100m record with her 10.70 national record, has not yet announced which event she will run in Kingston, but after winning the 2013 IAAF World Athlete of the Year Award last year, she told the press that she aims to run more 200m races in 2014.

Fraser-Pryce’s training partners Kaliese Spencer and Stephenie McPherson – who both took silver as part of the Jamaican 4x400m team at the IAAF World Indoor Championships in Sopot last weekend – are also set to compete. 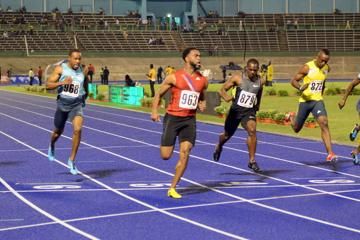