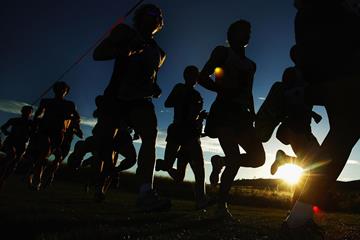 Joe Newton, one of the most successful high school cross country coaches in US history, died on Saturday (09). He was 88.

Born in 1929, Newton's coaching career spanned 63 years, including 61 at York High School in Elmhurst, Illinois, near Chicago. During his tenure, York won 28 Illinois state cross country titles, finished second on 12 occasions and fourth on three others. He also won on one state track title as a head coach of that programme. He began coaching at the school in 1960 and ran the programme until 2015. He retired the following year.

Newton's teams weren't only known for their success, but for the numbers of athletes Newton, a strong motivational force, was able to attract. Most years more than 100 runners were included on the team. Numbers approaching 200 were not uncommon.

Newton was a standout athlete at Parker High School on Chicago's South Side, earning 12 varsity letters in five sports. He attended Northwestern University in Evanston on a track scholarship, and graduated in 1951. After serving in the US Army, he was hired by York as a physical education teach in 1956. Four years later he took over the cross country program as head coach.

Newton served as assistant manager in charge of the US marathon team at the 1988 Summer Olympics in Seoul. He was named National Cross Country Coach of the Year four times. Newton authored four books about coaching cross country, including 'Coaching Cross Country Successfully'.

The Long Green Line, a feature-length documentary film about Newton and his team's 2005 season, was released in 2008.