Kenyan Mary Keitany will be targeting a fourth victory at the TCS New York City Marathon, an IAAF Gold Label race, on 4 November.

Keitany, 36, is the women’s only marathon record-holder who finished runner-up in this race last year after notching three successive titles. In 2016, she had a dominating performance in which she surged ahead at Mile 14 to finish the course on a solo run in 2:24:26. Her 3:34 margin of victory was the greatest in the women’s race since 1980, and she became the first able-bodied runner since Grete Waitz to win the event three years in a row.

“I was disappointed not to defend my title last year, but I was not 100 percent healthy and Shalane ran a strong race," said Keitany, the 2012 and 2016 World Marathon Majors champion. In April 2017, Keitany won her third London Marathon title, breaking the women’s only marathon record in a blistering time of 2:17:01.

Joining Keitany from the international side will be two Ethiopians, reigning IAAF World Half Marathon champion Netsanet Gudeta and Mamitu Daska, who finished third in New York last year. 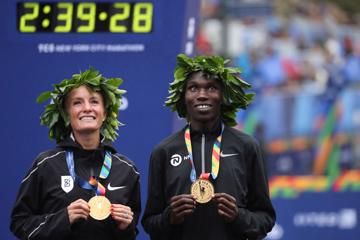 Kamworor and Flanagan will defend their New Y... 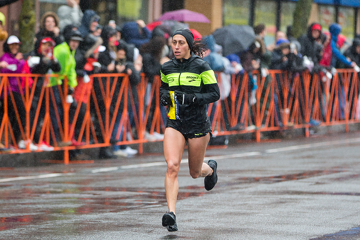 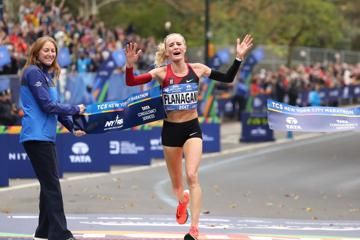