Kenya, the most successful nation in the history of the IAAF World Half Marathon Championships, has revealed its team for this year’s edition in Copenhagen on 29 March.

Leading the way is 2010 winner Wilson Kiprop, one of the few men to have beaten five-time champion Zersenay Tadese over the 13.1 mile distance.

He is joined on the team by former world junior cross-country champion Geoffrey Kipsang, the fastest man in the world in the half marathon in 2013 with his 58:54 victory in Ras Al Khaimah.

The other members of the Kenyan men’s team – Robert Kwemoi Chemosin, Simon Cheprot, Kenneth Kiprop Kipkemoi and even reserve Cyprian Kimurgor Kotut – all have personal bests faster than 60 minutes.

Lucy Wangui Kabuu, whose 1:06:09 PB in Ras Al Khaimah last year made her the fastest woman on a legal half-marathon course in 2013, appears to be Kenya’s best hope of glory in the women’s race.

Of her five half-marathon races to date, Kabuu has won all but one of them. 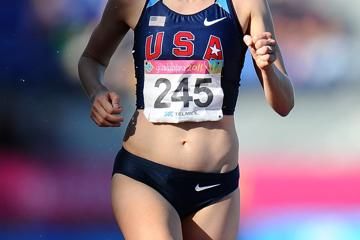 US team announced for Copenhagen – IAAF/AL-Ba...