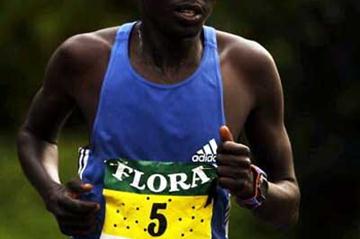 The 31 year-old Kenyan whose frequent bursts of pace in Rotterdam finally allowed him to break lose of his opponents and led to a marvellous 2:07:42 win ahead of compatriot Josephat Kiprono and Spain’s Manuel Martinez on 13 April, will start the Amsterdam marathon as firm favourite.

Kiplagat had a disastrous World Championships race in Paris where he retired between the 31km and 32km feeling exhausted, and wants desperately to make up for that disappointment.

Third in Amsterdam in 1999 in 2:06:50, a time which remains his personal best, Kiplagat has confirmed that unlike before Paris when his body was not responding to his training – at one point just two weeks before Paris he even requested that he be allowed to withdraw from the Kenyan team – his recent preparations have gone well and he is confident of a good time.