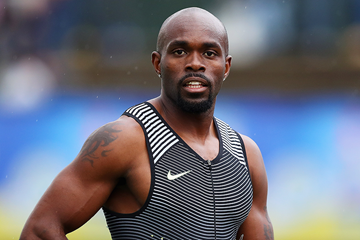 Athletissima organisers have confirmed that several winners from the recent European Championships will be in action at the IAAF Diamond League meeting in Lausanne on 25 August.

Churandy Martina won the 100m at the European Championships and later crossed the line first in the 200m, only to be disqualified for a lane infringement. The 32-year-old will be out for redemption when he contests the longer event in Lausanne, where he will face USA’s Ameer Webb, winner at the IAAF Diamond League meeting in Doha.

World and European champion Piotr Malachowski is the top performer in the discus. The Pole will be looking to repeat his victory from the 2014 edition of the Athletissima meeting.

In the 110m hurdles, France’s European champion Dimitri Bascou will line up against world silver medallist Hansle Parchment of Jamaica.

Meeting organisers last week announced the participation of US long jump star Brittney Reese, and now it has been confirmed that the Olympic champion will take on European champion Ivana Spanovic.

In the shot put, two-time Olympic champion and four-time world champion Valerie Adams will be the favourite in an event which she won in 2012 and 2014.

Mujinga Kambundji, Lea Sprunger and Kariem Hussein – who all took bronze medals at the European Championships, will also be in Lausanne. Sprunger will have a chance to take her revenge on Denmark’s Sara Petersen, who won the European title in Amsterdam.