Amid a swirl of dry ice trackside – which swiftly dissipated in the glaring heat of Ostrava’s Mestsky Stadium – Team Europe’s two team representatives for this weekend’s IAAF Continental Cup Ostrava 2018 were revealed as pole vaulters Renaud Lavillenie and Katerina Stefanidi.

“I’m really excited because we very rarely get to compete in a team contest and a team environment,” said Stefanidi, who is looking for a final flourish in a season that began badly because of injury but ended with a successful defence of her European and Diamond League titles.

Speaking at the pre-event press conference held in blazing sunshine at the start line where the action will get underway tomorrow before a sell-out crowd, she added: “I’m really excited to be here and it’s a big honour to be one of the Team Representatives, so – Go Europe!”

Greece’s world and Olympic champion has spoken in the past of the sense of community within her event, and accepted today that the group dynamics were similar, if not identical to those that will operate in this weekend’s competition in the Czech Republic.

“We are not a team in the sense of Team Europe, but we are all a big group in pole vault, the women and the men, we all get along well. You’re out there for five hours most of the time so, we have to get along!

“I think it will be interesting to see how it will work with the other events. Maybe the sprinters are a little bit different with each other than the pole vaulters, but I don’t know that. I’ve never experienced it.

“But I can feel team spirit. I think everybody wants the team to do well. For that to happen everybody has to do well for themselves first, but it will be exciting to see what happens.

“I think we are going to meet each other more, I think it’s important that the athletes know each other first, as well as the people in the crowd knowing who we are too.”

The 31-year-old Frenchman, whose effort at winning a fourth European title ended with bronze rather than gold last month, albeit in a season’s best-equalling 5.95m, and who failed to add to his total of seven Diamond trophies, is seeking to end his season on a high here.

Like Stefanidi, he acknowledges that the team feel at this event may be more familiar to pole vaulters than others competing in events where activity tends to be more individualistic.

“We are doing an event that is one of the most dangerous in track and field,” he said.

“As a sprinter you are more like competing, and finishing separate. For us it is more like, ‘We are going where everybody is going.’ Because we need this to be able to compete and be at our best in the event.

“I think that makes us very much stronger as athletes. And it’s been like that for us for years and years.

“We all need to know that on our own we cannot do anything. You cannot do this competition if you are just one athlete. We need to be together to be as good as possible.

“For the sprinters it is kind of different because they all have the straight line and they don’t want to be disturbed. But it is always good to have human relationships, and if you have one or two key people who can assist, it can relax the atmosphere and make things easier. And that affects everything.” 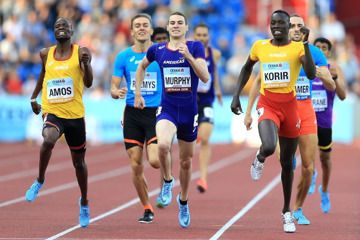 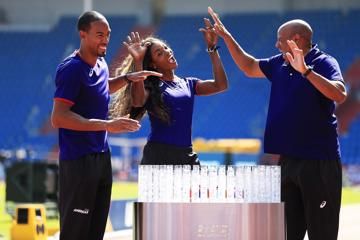 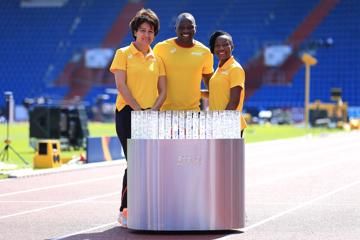 Ta Lou and Yego eager to end the season on a ... 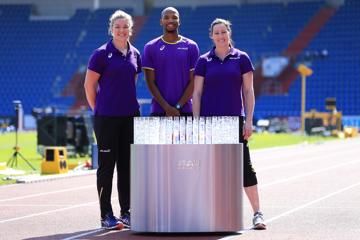