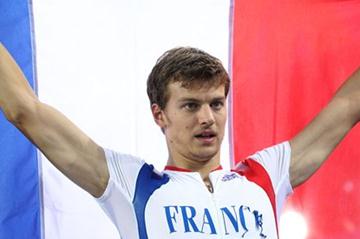 With a little more than three months until the event itself, a corner of the veil has been lifted on the Meeting Areva, the seventh stop on the 2012 Samsung Diamond League series.

Perfectly positioned in the event calendar on Friday 6 July, the date should be favourable for pulling off some great performances, as it’s situated nearly a month to the day before the start of the Olympic Games athletics events in London. It’s just a minor detail but an important one: it’s also the final opportunity for French athletes to achieve a minimum standard to participate in the Games.

The men's sprint competition will once again figure prominently. The men’s 100m will feature a unique Stade de France duel between Frenchmen Christophe Lemaitre and Jimmy Vicaut. Indeed, the two 2011 World Championships finalists gave some verbal insight of this high-speed confrontation on Tuesday (20) as they exchanged comments and perspectives on the Stade de France site.

A few of the extracts from the Q session with the fast Frenchmen:

What conclusions do you draw from your indoor season?

Christophe Lemaitre: "I think I’ve made progress, particularly in terms of body movements, but this progress hasn’t translated into solid times on the track. I may have paid the price in competition for the work I did in training. Despite all that, I’ve become French 60m champion."

Jimmy Vicaut: "Quite honestly I hadn’t planned to run indoors this winter. My coach (Guy Ontanon) convinced me to do it. I’d hoped to run under 6.60 in the 60m. I ran 6.53, the best French time this winter. I didn’t expect it at all."

What are you expecting from the MEETING AREVA 2012?

Lemaitre: "For the past two years I’ve been coming to this meeting to pull off a great performance in front of a home crowd. I still have really sound memories of the very special ambiance and atmosphere from my first two experiences at the Stade de France. I’ll be approaching this year’s competition with the same mindset."

Vicaut: "Above all I’m very happy to have finally been invited to the Meeting. I’d be hoping for a place for the past two years, but I wasn’t good enough. I’m expecting great things, lined up against Christophe and the others. I’ve never run in the Stade de France before so I’m keen to discover what it’s like."

What’s your view on the current competition in French sprinting, which was further boosted by the emergence of Emmanuel Biron, a 60m finalist in the Indoor Worlds in Istanbul?

Lemaitre: "It’s very positive, especially for the relay. With the classic team we have at present, plus the arrival of some very young runners with massive potential, including Mickael-Meba Zeze, and the experience of Ronald Pognon, we have the best possible team. I don’t see any threat in it, quite the contrary, in reality it motivates you to continue to improve."

Vicaut: "My aim has never been to beat Christophe Lemaitre, but rather to be the best in France, then in Europe and finally in the world. His presence certainly makes me want to aspire to greater things."

Which sector of the race is Jimmy stronger than Christophe in and vice versa?

Lemaitre: "Jimmy is considerably better than me at the start."

Vicaut: "At the end of the race he’s far better than me. If you were to combine the pair of us, you’d be inventing a real machine!"

Lemaitre: "In the European championships, I’ll only be contesting the 100 and the 4x100m. In the Olympic Games, I don’t know yet. The decision hasn’t been made. However, I certainly won’t be doing both of them. With two days between the 100m final and the 200m series, it would be too risky. I’d be inclined to go for the 100m. However, my decision would doubtless be more favoured towards the 200m, where I have the most potential to win a medal."

Vicaut: "I’ve always favoured the 100m. However, to my mind, a great sprinter has to pull off the double. As such, this season I’m going to try the 200m more regularly, where my record (21.02) dates back to my first year as a junior. If I achieve the minimum time over this distance (20.38), my coach and I will consider which decision is the right one."