Husillos and Santos to renew rivalry in Madrid

Oscar Husillos provided one of the standout moments of last year’s Madrid Indoor Meeting as he sped to victory in the 400m. The Spanish sprinter will return to the IAAF World Indoor Tour meeting on 8 February to take on another high-quality field.

Husillos recorded a Spanish indoor record of 45.86 in Madrid last year, which he went on to improve at the IAAF World Indoor Championships Birmingham 2018 with his 45.69 clocking in the semifinal.

He went on to cross the finish line in first place in the final, stopping the clock at 44.92 in what would have been a championship and European indoor record, but he was later disqualified for a lane infringement.

Luguelin Santos finished second in that race but was also disqualified for the same reason. After finishing behind Husillos at the Madrid Indoor Meeting last year, the Dominican sprinter went on to beat his Spanish rival three times outdoors.

Santos, the 2012 Olympic silver medallist, will be back in Madrid on 2 February to renew his rivalry with Husillos. 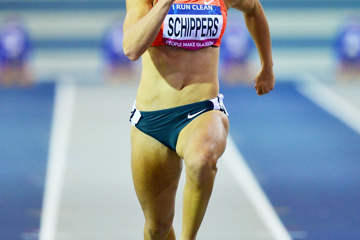