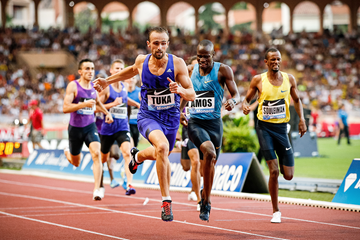 Tuka and Holzdeppe the first stars named for Madrid

Tuka made his big breakthrough at Spain’s leading one-day meeting 12 months ago, running faster than 1:44.00 for the first time when winning in 1:43.84.

A week later, the 25-year-old Bosnian won at the IAAF Diamond League meeting in Monaco in a world-leading 1:42.51 and then went on to take the bronze medal over two laps of the track at the IAAF World Championships Beijing 2015 last August.

Holzdeppe, 26, took the silver in the Chinese capital last summer, following on from his world title in Moscow in 2013. Although the German has yet to jump outdoors this year, he can point to a clearance of 5.84m indoors this winter.