And the question which occupied them the most was this – who has been the greatest athlete of all time? A question, as Dillard wryly pointed out, that will continue to be debated down the generations, without any definitive answer.

“What a question!” Dillard responded with a smile. “Obviously Usain Bolt is currently the finest athlete of our time. Times change, and conditions change. I never ran on synthetic surfaces. Who is to say how an athlete of 75 or 100 years ago would perform if they could run on today’s tracks, and have access to today’s training and medical methods? It makes for wonderful arguments.”

Asked specifically about the relative merits of Bolt and Jesse Owens, who won four gold medals at the 1936 Olympics in Berlin, Dillard replied: “Usain Bolt’s performances surpass those of Jesse’s. But does that mean Usain is a greater athlete than Jesse? Not necessarily. When you consider what Jesse had to do to win those four golds in Berlin, in an atmosphere where Adolf Hitler was promulgating his ideas about Aryan supremacy – for a young black man to go there and win four golds, that was some athlete.

“As I say, it is a good argument to have, and I get into it with my friends. But I have a little time to talk about it now!”

Jackson also recalled the massive differences between the days when she was competing and now.

“We all ran on cinders,” she said. “Things were so different for us. When we went away to the Olympics we had to go without wages for three months.

“To see Usain Bolt running on the television is a great pleasure to me, he is so magnificent to watch. He is one in a million.”

Perec concurred. “He is a phenomenon,” she said.

All three spoke of their pleasure in being at the Gala, although Jackson added: “I just think it’s nice we’re still breathing!”

Jackson continued: “It’s lovely to be able to meet up with past Olympians. Once you’ve been an Olympian, you’ll always be an Olympian. All Olympians have a special bond, particularly in Australia we all seem to be very close for some reason. We have an Australian Hall of Fame each year and just about every Australian Olympian comes to it. It’s a chance to meet up with old friends and meet the up-and-coming athletes.

“Sport opens your eyes to the world. When I was growing up I remember reading about Buckingham Palace and learning about the changing of the guard, never thinking I’d end up inside there four times. It’s those kinds of beautiful memories that are wonderful for me.

“My husband died of leukaemia when he was 45 and that left me with three children to bring up myself. I was governor of south Australia for seven years, between 2001-2007, and I have also done a lot of work raising money for a leukaemia charity – I have raised AUS $6,500,000 so far. And I am just about to become a great grandmother for the second time.

“I think one of the worst things we do to our young people today is tell them that they have to win to be any good. There is too much emphasis on being the No1 all the time. If you are an athlete and you train hard and you improve your times, then you are a winner.”

Perec commented: “It’s wonderful to be here and to meet so many athletes and wonderful champions. There are names we know well, but being able to put faces to those names and meet them in real life is very exciting.

“I ran the New York Marathon two weeks ago for a humanitarian cause, which is important to me. But before I trained for New York, I hadn’t done any real training for 10 years. I just love athletics and I love to watch it on TV.

“I was running for five hours! If I had not been running for a charity I would not have been able to do it, but we had to complete the course to get the money! We were raising money for a Peace and Sport Project in Haiti, which is close to where I live in Guadeloupe. Many people from Haiti come over, we see a lot of them, and we wanted to do this thing to help them.”

BACK
Pages related to this articleAthletes
Marie-José Perec 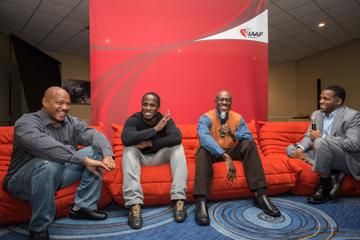 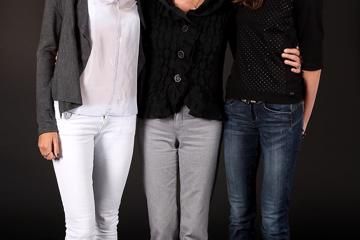 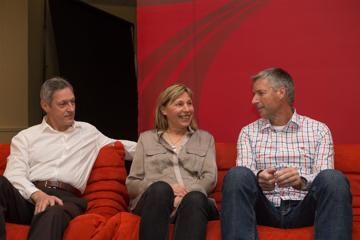