Tasmanian runner Meriem Daoui has received the 2021 Peter Norman Humanitarian Award in recognition of her role in leading a number of initiatives to raise vital funds and awareness for cancer causes as well as her work with the Muslim Women in Sport Network.

Awarded each year on 9 October – Peter Norman Day – to honour the legacy of the famed Australian sprinter, the award is given to a member of the Australian athletics community who exemplifies the spirit of Norman through their work in human rights, equality or humanitarian causes.

Born in Morocco, Daoui was 10 years old when her family relocated to Tasmania. Living in a community not previously exposed to the Muslim faith, Daoui was bullied at school for wearing full length clothes and a hijab, and developed anxiety, depression and an eating disorder.

In a story of triumph over adversity, 22-year-old Daoui – who also has type 1 diabetes – has used her own experiences as fuel to help others. Now a nurse on the oncology ward at the Royal Hobart Hospital, the 2021 award winner uses her love of running as a platform.

At the age of 16, Daoui ran her first marathon, raising more than $5000 for displaced Syrians affected by the civil war. Since then she has run the Cadbury Marathon twice, raising funds for Cancer Council Tasmania and oncology outpatients at her hospital, and earlier this year she ran the Point to Pinnacle half marathon every day for seven days to raise funds for childhood cancer. More than $12,000 was raised.

“It is a great honour to be awarded the Peter Norman Humanitarian Award. Not only was Peter one of Australia’s greatest sprinters, he was also an advocate for human rights who spoke out against racism which I believe is one of the greatest attributes a person can have,” Daoui said.

“His legacy in athletics and advocacy is truly inspiring and I hope that as a community we can use his legacy to make a stand in creating an inclusive environment in both sports and society.”

Speaking about how her own story influenced her philanthropic work, Daoui added: “Much of my work comes from wanting to give back to society and to help causes close to my heart. I believe we can all contribute in making the world a better place.

“My personal experiences have played a role in the charity work that I have done, and that includes having experienced the effects of racism during my early teenage years when I first moved from Sydney to Tasmania. I was able to receive support during those years, and I’d like to thank those who helped me at my most vulnerable as they have contributed to becoming the person I am today.

“I have also witnessed the effects of how raising funds for our healthcare system can improve the quality of life of patients and their care. As a nurse in oncology and currently working in paediatrics, I felt that I could use my running to help raise much needed awareness and funds for cancer research and treatment.

“It means a lot that my own experiences can be used to help others. I personally draw inspiration and insight from others as I believe that shared knowledge and experiences can help shape us to become better people.”

Athletics Australia this year received several high quality nominations for the Peter Norman Humanitarian Award, but it was a unanimous decision to present the 2021 honour to Daoui, said chair of the national governing body's Special Award Committee, Jane Flemming.

“Meriem received a glowing nomination from the Northern Suburbs Athletic Club in Tasmania, but it was her story and her ability to inspire others that made it clear she is deserving of this year’s Peter Norman Humanitarian Award,” Flemming explained.

“Meriem has used her own adversity to drive her to make a positive impact on her community and her ambition to make a difference have inspired countless individuals from both the athletics community and the wider public to give back in their own ways.

“We are incredibly proud of her humanitarian efforts, and I’d like to congratulate Meriem on this award. We look forward to seeing her progress in both her athletics and philanthropic career, and wish her all the very best in her next endeavour to raise funds for cancer research.”

In supporting Daoui’s charitable efforts, Athletics Australia will make a donation to her nominated cause – the Tim Blair Run for Kids Foundation, which is a Tasmanian-funded organisation that financially supports families undergoing childhood illnesses.

BACK
Pages related to this articleAthletes
Peter Norman 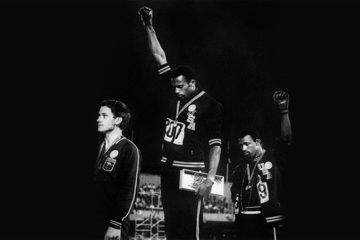 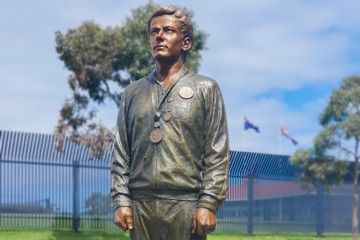