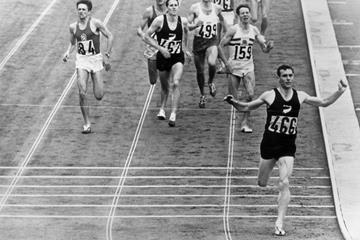 More than a dozen of history’s greatest milers will congregate in Monaco for the World Athletics Heritage Mile Night on Thursday 21 November to celebrate the classic middle distance event.

Travelling the short distance from Italy will be Paola Pigni Cacchi, who set 1500m and mile world records in the late 1960s and early 70s, and her compatriot Gabriella Dorio, the 1984 Olympic 1500m champion.

Family representatives of Roger Bannister, the world’s first sub-four-minute miler, and Diane Leather Charles, the first woman to run a mile within five minutes, will also attend this historic reception. The event will feature a treasure trove of archive film footage and a display of mile running memorabilia.

The mile is the last remaining imperial distance still applicable for world record ratification. The mystique of the mile (1609.344 metres) is the key for it remaining an official record distance. Over the course of 160 years of documented record attempts, the mile has lured athletes from across the world to tackle one of the key benchmarks of human athletic achievement.

Since the formation of the IAAF in 1912, the men's world mile record has been held by Algeria, France, Finland, Morocco and Sweden, along with English-speaking Australia, Britain, New Zealand, Tanzania, and the USA, with whom the mile is arguably more closely associated.

The numerous attempts in the first half of the last century to break the four-minute barrier made headlines and dominated news reels across the world. Bannister’s 3:59.4 run on 6 May 1954 is arguably one of the greatest sporting moments in twentieth century history. That the record run of fellow Briton Diane Leather Charles later that month, who became the first woman to dip under five minutes (4:59.6 on 29 May), went largely unheralded is a sad reflection of the times but not of her marvellous achievement. Both Bannister and Charles died in 2018.